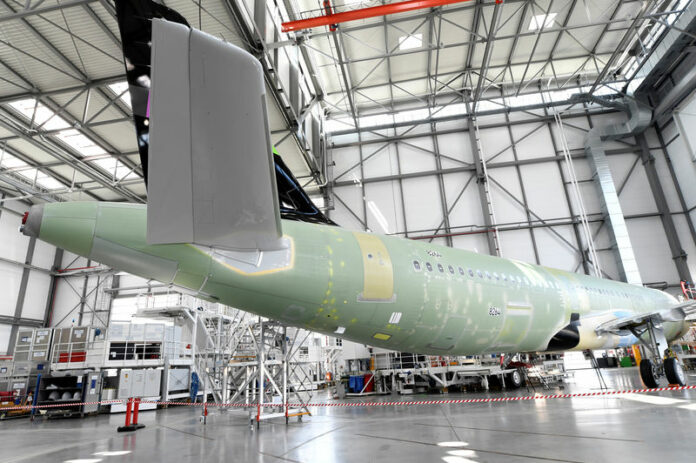 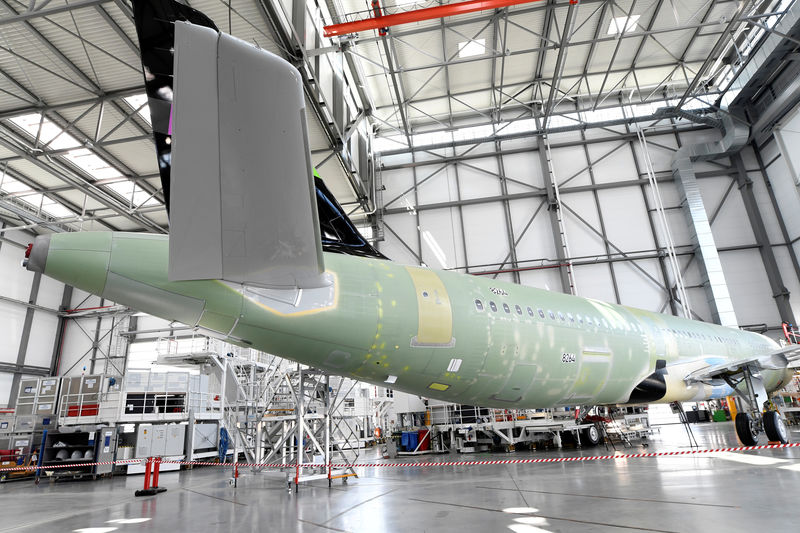 © Reuters. FILE PHOTO: An A320 production line at the Airbus plant in Hamburg

PARIS (Reuters) – The head of one of the world’s largest aircraft leasing companies has told leading planemakers to “get their house in order” and wipe out manufacturing delays before pushing already record production rates to even higher levels.

“We have been consistent with both manufacturers (Airbus and Boeing) in saying get deliveries right today … get your production and delivery systems up to scratch,” Barrett told Reuters.

Airbus and Boeing (N:) are within reach of production rates at or close to 60 aircraft a month for their best-selling narrow-body models but have struggled with late deliveries.

Both have begun exploring future output of about 70 jets a month to meet strong demand, but some of their engine makers are reluctant to back the move immediately, given difficulties experienced in switching to a new generation of fuel-saving engines.

The cautious tone on future production reflects recognition that manufacturers must first “get their house in order” and improve the timing and quality of aircraft already being delivered, Barrett said.

Aircraft lessors who control about half the world’s fleet are traditionally cautious about production increases, fearing that a glut would knock values of assets they already own. But they have also been increasingly vocal about supply disruptions.

Industry sources have said Airbus has stepped up pre-marketing for a 101-tonne A321XLR, which would expand the use of narrow-body jets for longer transatlantic trips. It is expected to launch it by mid-year to pre-empt Boeing proposals for a new mid-market jet with 220-270 seats.

Barrett said SMBC would look at the possible new Boeing jet but its price and performance would be critical.

Aircraft financiers are meeting in Dublin this week against the backdrop of a sector concerned that a decade-long boom is faltering as uncertainty creeps into the global economy and interest rates rise.

SMBC is watching developments in China and uncertainty over Britain’s exit from the European Union for any wider economic impact but says overall demand for leased jets remains solid.