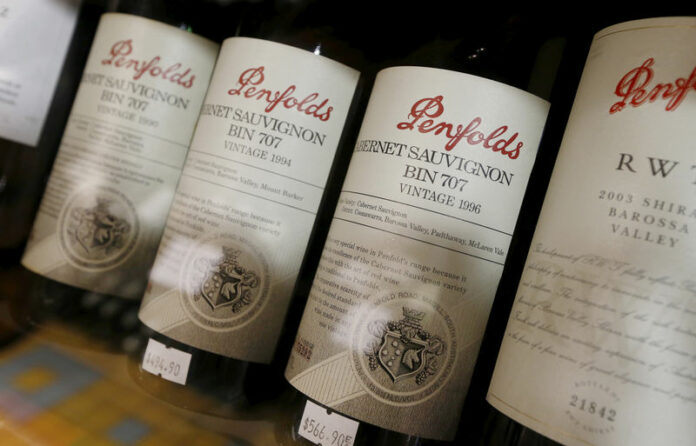 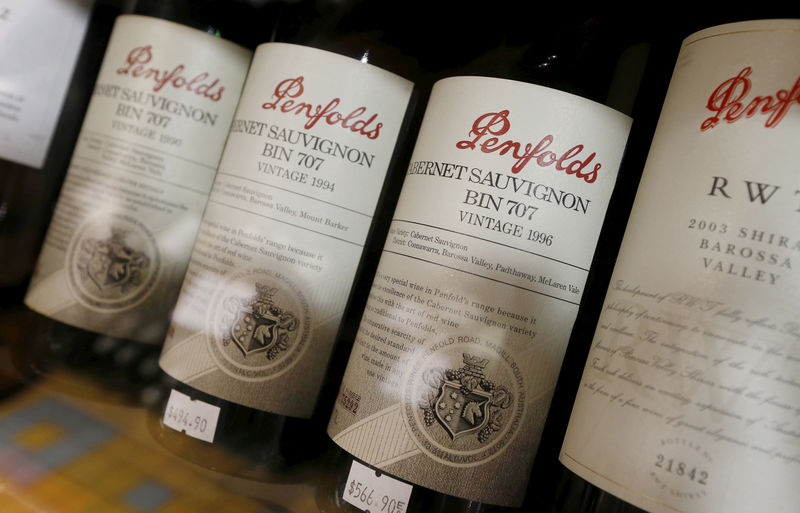 SYDNEY (Reuters) – Australian wine shipments to China grew at their slowest pace in four years in 2018, industry data showed on Tuesday, in another indication that Sino-U.S. trade tensions were dragging on consumer spending in the world’s second-largest economy.

The slowdown in exports to less than a third of 2017’s breakneck speed adds to worries for investors, already on edge amid signs that softening Chinese demand was hurting businesses across the board, particularly after Apple (O:) issued a rare revenue warning citing weaker iPhone sales in the country.

It also augurs badly for other firms exposed to consumer spending in China – from high-end fashion to milk powder – and most of all for big Australian vintners, who have come to rely on seemingly insatiable Chinese demand to drive growth.

That is the slowest pace of growth since China’s anti-corruption crackdown on flashy spending stalled growth in Australian wine exports at 8 percent in 2014.

“I would be concerned if I was a producer relying on that market,” said exporter Greg Corra, who runs Inland Trading Co from his farm outside Canberra. “If it starts to bottom out and then potentially decline, there’ll be some big issues.”

The low-end mass producers, who have gained the most from recent growth – which has surged since a 2015 free trade agreement between Australia and China – would be the most exposed as the wine industry comes off the boil, he said.

Australian wine exports to China have more than doubled in the three years since the deal, helped also by bumper harvests.

“That was always going to taper off,” Wine Australia’s Chief Executive, Andreas Clark, told Reuters by phone from London.

But the growth has transformed Australia’s wine industry in ways difficult to unravel, with winemakers turning out vintages to Chinese tastes, lifting production, and Chinese investors even scouring terroir to buy vineyards.

It put a rocket under shares of China-focused Treasury Wine Estates (AX:) – the world’s biggest-listed winemaker and owner of the Penfolds, Wolf Blass and Rosemount labels – which hit a record high last year. The stock has since dropped by a fifth on fears of a slowdown in China, tepid sales in the United States and uncertainty around Brexit.

Economic growth in China, which has generated nearly a third of global growth in recent years, slowed to its weakest pace in nearly three decades in 2018.

“It’s something that needs to be watched,” said Belinda Moore, an analyst at Brisbane-based stockbroker Morgans.

Given slower growth in sales to China last year, total Australian wine exports came in at A$2.82 billion, up 10 percent from a year ago when shipments had risen 15 percent.

Treasury Wine had no comment on the national figures but said earlier this month it was “very happy” with its trading performance in all markets and was on track to grow earnings by a quarter in the year to June 30.

“It’s a sign of confidence,” said Moore, who rates the shares of Treasury Wine a buy.