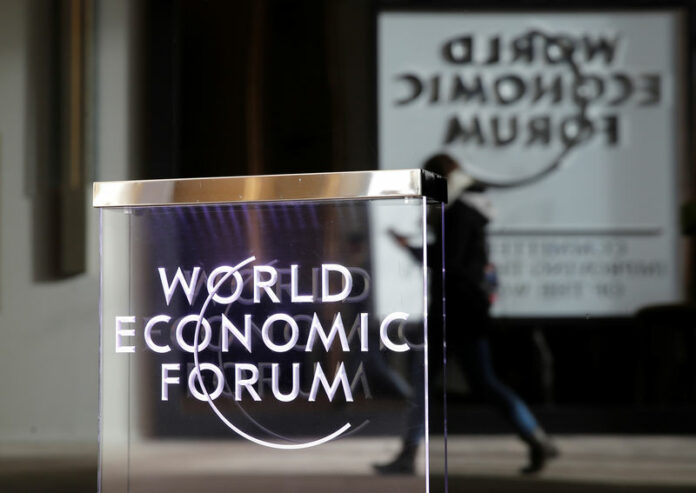 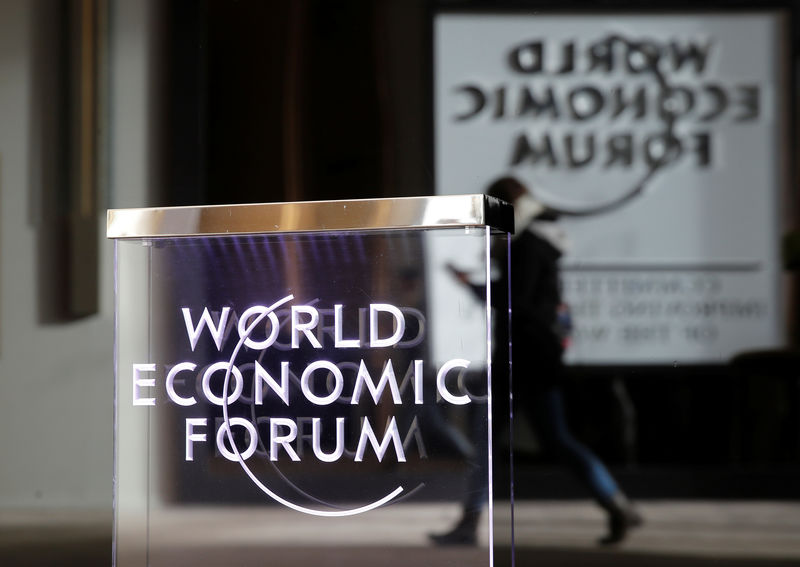 © Reuters. A person passes by a World Economic Forum logo in Davos

DAVOS, Switzerland (Reuters) – Chief executives across the world have grown a lot more pessimistic about the global economic outlook due to trade disputes and tense relations between major powers, a survey showed on the eve of the World Economic Forum in Davos.

The PwC survey of nearly 1,400 CEOs found that 29 percent believe global economic growth will decline over the next 12 months, six times the level of last year and the highest percentage since 2012.

The most pronounced shift was among business leaders in the United States, where optimism dropped to 37 percent from 63 percent a year ago against the backdrop of an economic slowdown and a trade war with China.

But the share of CEOs who believe the growth rate will fall increased significantly across every region, and this translated into a drop in business leaders’ expectations that their companies will be able to grow revenues both in the short and medium term.

“It’s quite a reversal from last year and the gloomier mood cuts across just about everywhere in the world,” said Bob Moritz, global chairman at audit and accounting multinational PwC.

“With the rise of trade tension and protectionism, it stands to reason that confidence is waning.”

The International Monetary Fund on Monday cut its world economic growth forecasts for 2019 and 2020, due to weakness in Europe and some emerging markets, and said failure to resolve trade rows could further destabilize a slowing global economy.

In its second downgrade in three months, the global lender also cited a bigger-than-expected slowdown in China’s economy and a possible “No Deal” Brexit as risks to its outlook, saying these could worsen market turbulence in financial markets.

The U.S. government shutdown which is keeping President Donald Trump away from the Jan. 22-25 gathering of the global political and business elite in Davos, Switzerland, is also contributing to the sense of malaise and expected to hit the U.S. economy.

The impact of the trade dispute between China and the United States, the world’s two largest economies, ranked among the top concerns for business leaders in several regions.

Trump has vowed to increase tariffs on $200 billion worth of Chinese imports on March 2 if China fails to address intellectual property theft, forced technology transfers and other non-tariff barriers.

As a result, Chinese CEOs have diversified their markets for growth, with only 17 percent selecting the United States, down from 59 percent in 2018.

“Australia seems to be the principal beneficiary; not even in China’s top ten last year, it has risen to the number one destination for Chinese investment,” the report said.

Still in China, 62 percent of business leaders are adjusting their supply chain and sourcing strategy, pivoting away from the United States, because of concerns about the future of trade relations between the two countries.

Another strategic shift highlighted by the report is businesses’ tendency to hunker down and turn inward, instead of looking for expansion abroad or through acquisitions.

Asked what they would focus on to drive revenue growth over the next 12 months, 77 percent of CEOs said “operational efficiencies” and 71 percent “organic growth.”

Highlighting the growing uncertainty, 15 percent of them could not identify a single country for growth opportunities away from their home base, PwC said.

As the clock ticks toward the March 29 deadline for Britain’s exit from the EU, only 8 percent of respondents picked the UK as one of their most important foreign markets for growth prospects in the next 12 months, down from 15 percent a year ago.