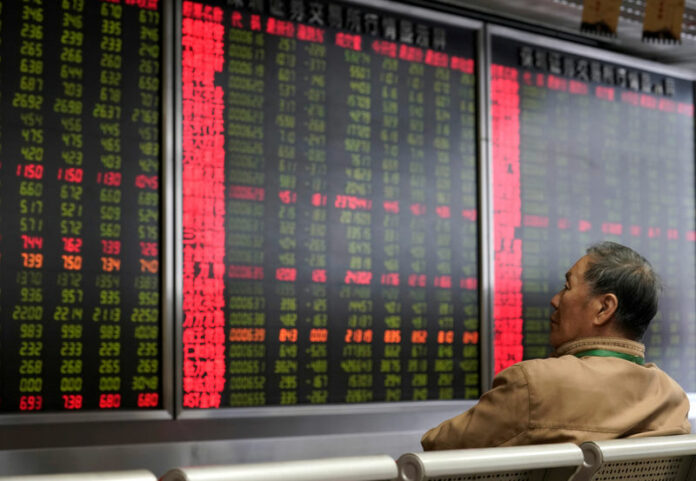 As China’s economy falters, some fund managers look to bonds 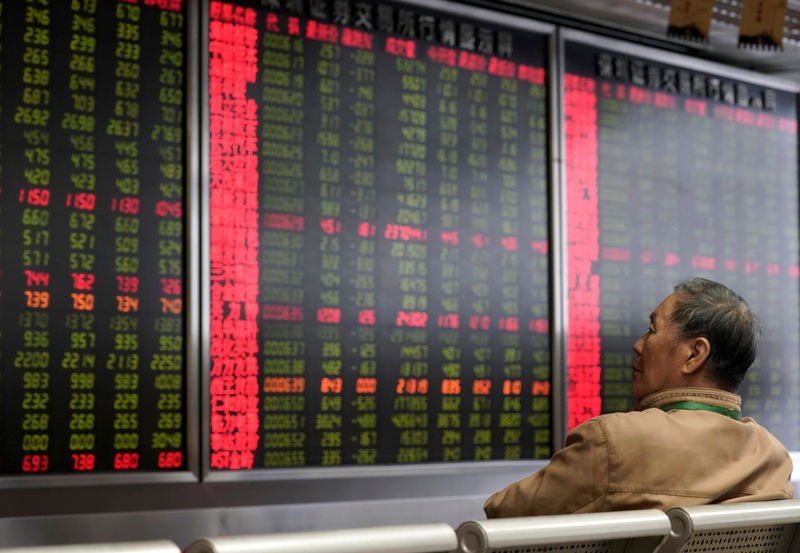 © Reuters. An investor watches a board showing stock information at a brokerage office in Beijing

By Noah Sin and Andrew Galbraith

HONG KONG/SHANGHAI (Reuters) – Despite mounting signs of a Chinese economic slowdown, 2019 is off to a good start for fund manager Du Zhenye.

His Shanghai-based ChangAn Xinyi Enhanced Mixed Fund has increased its assets over the past two weeks by shunning Chinese stocks for bonds. And it was the best-performing of nearly 3,000 mixed funds ranked by Haitong Securities for 2018, returning more than 14 percent.

He’s not alone in favoring Chinese bonds over equities. Slowing growth signals an earnings slump after a brutal 2018, when the Shanghai Composite index () tumbled 25 percent.

For some, bonds retain a shine as policymakers combat the slowdown with more stimulus. The phased inclusion of some Chinese bonds in global indexes starting this year also should draw inflows.

“We believe this year will be another bullish one for bonds,” said Du.

That was one factor driving yields on benchmark 10-year Chinese government bonds down nearly 40 basis points in the quarter. ()

On Monday, China reported 2018 growth was the slowest in 28 years, at 6.6 percent. Beijing will reduce its 2019 full-year growth target to 6-6.5 percent, from around 6.5 percent last year, sources have told Reuters.

While authorities rule out “flood-type stimulus” to juice growth, they have pumped cash into the banking system to boost lending. China made a cut to banks’ reserve requirement ratios this month, and more is promised.

Josh Sheng, chief investment officer at Shanghai Tongshengtonghui Asset Management, says fresh cash should fuel further gains in bonds, both sovereign and corporate. At the same time, he is watching credit data for signs of an investment pick-up that could support the stock market.

Offshore interest is likely to increase in April, when the Bloomberg-Barclays Global Aggregate Index begins to include Chinese government and policy-bank bonds.

Standard Chartered (LON:) estimates the inclusion, which will be phased in over 20 months, could bring $50 billion in passive inflows into China’s fixed income market this year. It said offshore investors could own up to 2.8 trillion yuan of onshore bonds by the end of 2019, or 1 trillion yuan more than at the end of last year.

Not all domestic investors are convinced. Fresh funding has been only enough “to fill the old gaps,” and the People’s Bank of China is keen to avoid excess cash putting pressure on the yuan, said Yun Xiong, partner at Leiton Capital in Shanghai.

Last year brought a record number of defaults, according to Reuters data, and “credit bombs will continue to explode” in 2019, Xiong said.

Another factor that could dent bonds is stricter insurance industry rules that took effect in 2018. Huachuang Securities said these reduced returns from insurance products and raised costs for insurers – traditionally big bond buyers. On top of this, weak income growth and rising household debt will hit growth of premiums.

Some asset managers see more value in Chinese stocks than bonds, believing that more stimulus is coming and that the U.S. and China will resolve their trade war.

Last year’s market correction led Khiem Do, Hong Kong-based head of Greater China investments at Barings, to pick up a range of stocks.

Shares on mainland exchanges are “trading at about 11 times (price to earnings). That’s very low,” said Do, who expects China’s economy to rebound in the second quarter.

“Market consensus at the start of a year is often wrong,” he said.