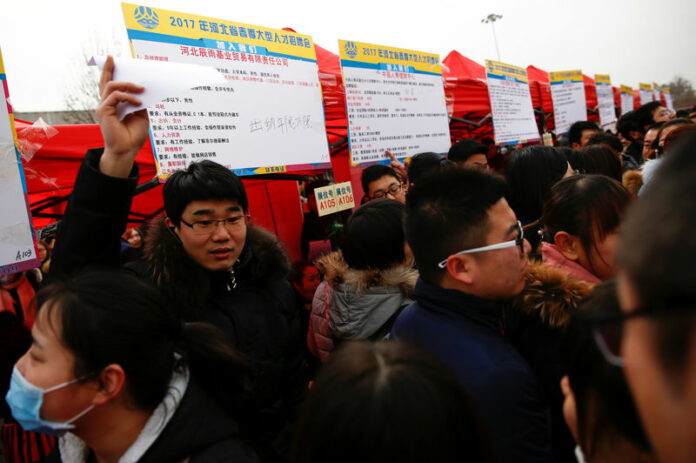 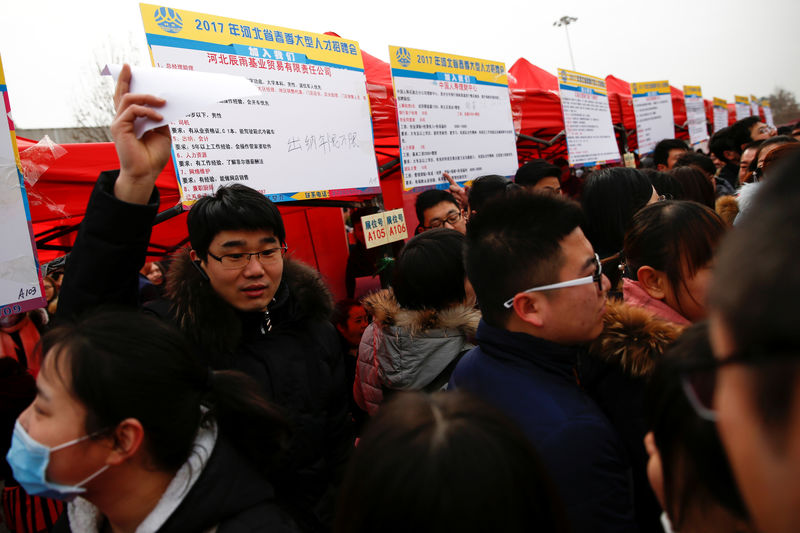 BEIJING (Reuters) – Downward pressure on the economy will impact China’s job market, the state planner warned on Tuesday, a day after data showed gross domestic product grew at its slowest since 1990.

The overall job market is stable, although it faces “new changes”, said Meng Wei, spokeswoman at the National Development and Reform Commission (NDRC).

China’s survey-based jobless rate rose to 4.9 percent at the end of December from 4.8 percent a month earlier, according to the official data released on Monday.

Some factories in Guangdong province – China’s export hub – have shut earlier than usual ahead of the Lunar New Year holiday as new business ebbs.

“From the viewpoint of ‘changes’, the external environment is complex and austere,” Meng said.

“Within the changes, there is something to worry about, and there is downward pressure on the economy. To a certain extent, the pressure will be passed onto jobs,” she said.

Coupled with the high supply of fresh labor, such as this year’s record batch of college graduates of 8.34 million, the pressure on employment will not diminish, Meng said.

China will prioritize graduates and migrant workers in its efforts to stabilize the job market, Meng told reporters.

In response to a question on jobs in the internet sector, Meng said new hires remained stable, and no massive layoffs were seen for now.

China’s technology sector is facing challenges on a number of fronts, including tightening government regulations and the country’s trade spat with the United States.

China is capable of keep its economy growing within a reasonable range, Meng said.

The Chinese government has recently tweaked its priorities to focus more on infrastructure and exports, as well as attracting foreign investment.

Support will also be given to cities that are encouraging industrial growth and upgrading their manufacturing sector.

China will encourage foreign firms to invest in its manufacturing sector, she said.

Meng also said China had completed its targeted overcapacity cuts for coal and steel under the government’s current five-year development plan, which ends in 2020.