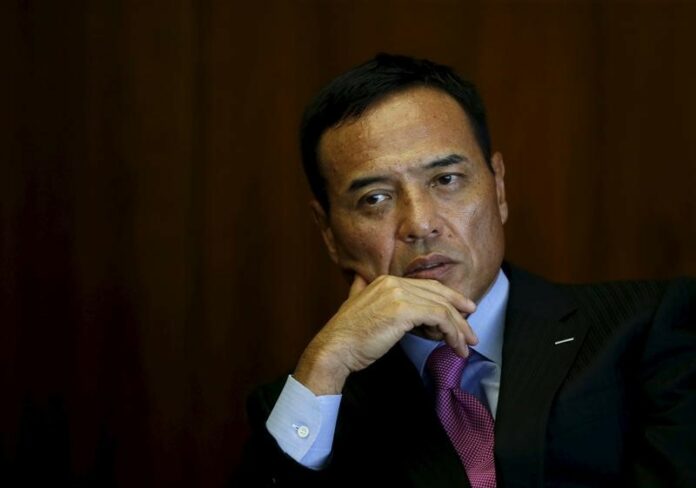 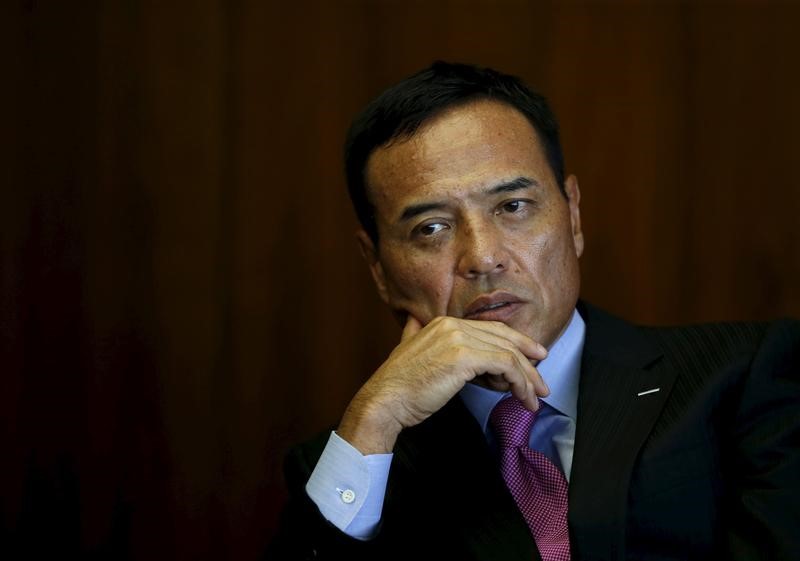 © Reuters. Suntory Holdings Ltd’s President and CEO Niinami speaks during an interview with Reuters at the company headquarters in Tokyo

By Leika Kihara and Alessandra Galloni

Abe has promised to proceed with a twice-delayed hike in the tax rate to 10 percent from 8 percent in October. But critics warn against raising the tax rate now, with global uncertainty already weighing on the export-reliant recovery.

“I don’t see a huge negative impact” from raising the tax rate, as the government is preparing spending measures to mitigate pain to the economy from the higher levy, said Niinami, who is a member of the government’s key economic advisory panel.

“We have to raise the consumption tax to support the social welfare system. If the current unwise spending goes on, it cannot be sustained,” he told Reuters on Tuesday on the sidelines of the World Economic Forum meeting in Davos.

Niinami, however, was gloomy on prospects for achieving the Bank of Japan’s 2 percent inflation target, which remains elusive despite years of heavy money printing as cost-sensitive consumers discourage firms from raising prices.

“I don’t think we will be able to (hit the target),” Niinami said. “We’re not in deflation … but there is still inertia. There’s still a deflationary mindset,” he said.

The bigger priority for Japan is to cope with intensifying labour shortages by streamlining operations through innovation, investing in preventive medicine so people can work healthily for longer, and bringing in more foreign workers, he said.

The comments highlight the fresh challenges Japan faces, as the boost to growth from the premier’s “Abenomics” stimulus policies fades and inflation remains distant from the BOJ’s target. Core consumer inflation hit 0.7 percent in December, a seven-month low.

Abe is also criticised for failing to deploy the “third arrow” of Abenomics aimed at boosting the country’s growth potential through measures such as labour market reforms.

Japan enacted a law last December to let in more foreign, blue-collar workers, in a major policy shift for a country where immigration has long been taboo. It allows workers to stay for up to five years but unless they are skilled foreigners, they cannot bring family members.

Niinami said while the law was a “vital first step”, Japan must do more to give foreign workers a “good working environment” and pay equal to that of Japanese employees.

“Bringing people in and letting them work isn’t easy … Now is the time to think about what to do,” he said.