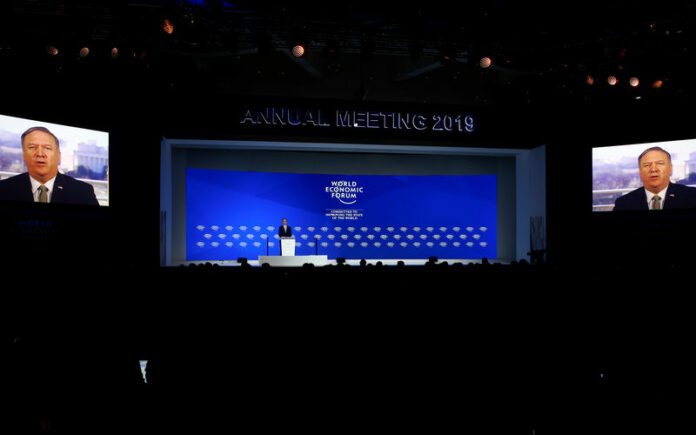 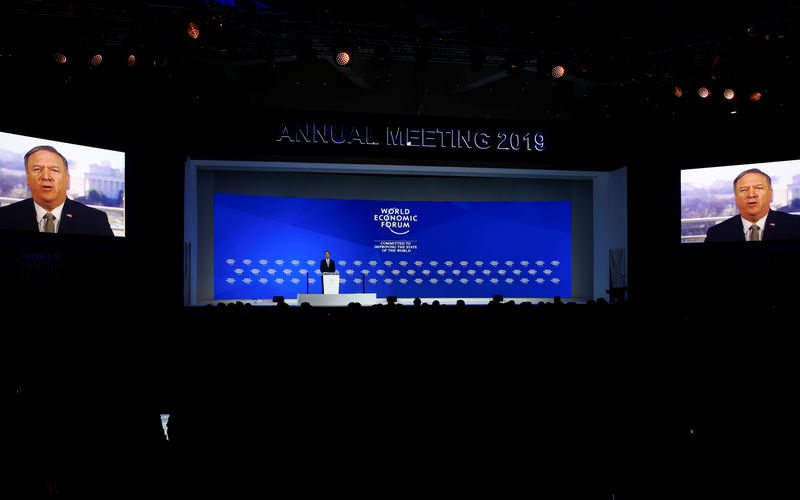 DAVOS, Switzerland (Reuters) – U.S. Secretary of State Mike Pompeo voiced optimism on Tuesday for a good outcome in upcoming trade talks with China and said a superpower conflict between the two nations could be avoided.

Pompeo, speaking by video to the annual Davos summit of big business, was referring to protracted negotiations designed to avert a threat by U.S. President Donald Trump to further ramp up tariffs on $200 billion worth of Chinese imports by early March.

Pompeo began by describing China as belligerent towards its neighbours and “embracing totalitarianism” at home but said the row could be resolved if Beijing were to accept the principles of fair and open trade and protection of intellectual property.

“There are those who say that a superpower conflict between our countries is inevitable. We don’t see it that way,” he said.

In reference to the next round of trade talks, scheduled for Jan. 30-31 in Washington, he added: “I am optimistic that we will receive them well and we will have a good outcome from those conversations.”

His remarks chime with comments made by Trump last weekend, when he said the talks were going very well. However, Trump denied he was considering lifting tariffs on Chinese imports.

The U.S.-China trade war has roiled world financial markets and contributed to a slowdown in global economic growth.

On Monday, China reported its weakest annual growth in nearly three decades, hurt by rising U.S. tariffs, and the International Monetary Fund cited the trade war in downgrading its global 2019 outlook for the second time in three months.

In a wide-ranging question-and-answer session, Pompeo also told the Davos summit he expected further progress by the end of next month in nuclear negotiations with North Korea.

Pompeo said he believed by end-February “we’ll have another good marker along the way” with North Korea. He added that the private sector would be an important player in reaching a final deal with North Korea, which is hungry for foreign investment.

He also said that talks were needed with Russia to prevent nuclear proliferation, calling for Moscow to change its “outlook and behaviour”, and denied Washington had turned isolationist.

“We will need coalitions to build out Middle East stability,” he said, adding he was hopeful of making progress to end the war in Yemen and noting that there were ways to encourage the Israelis and Palestinians to come together.