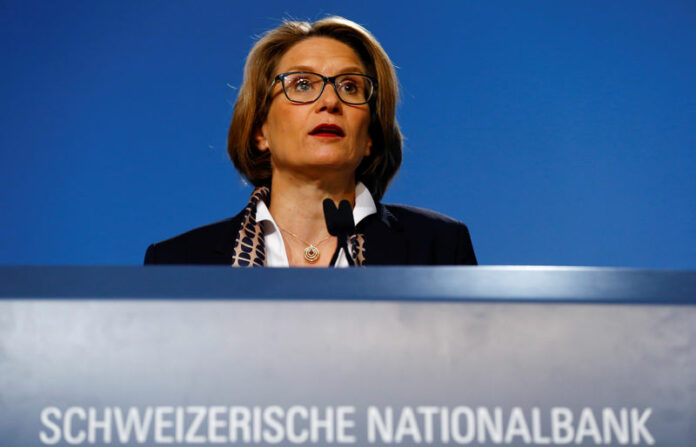 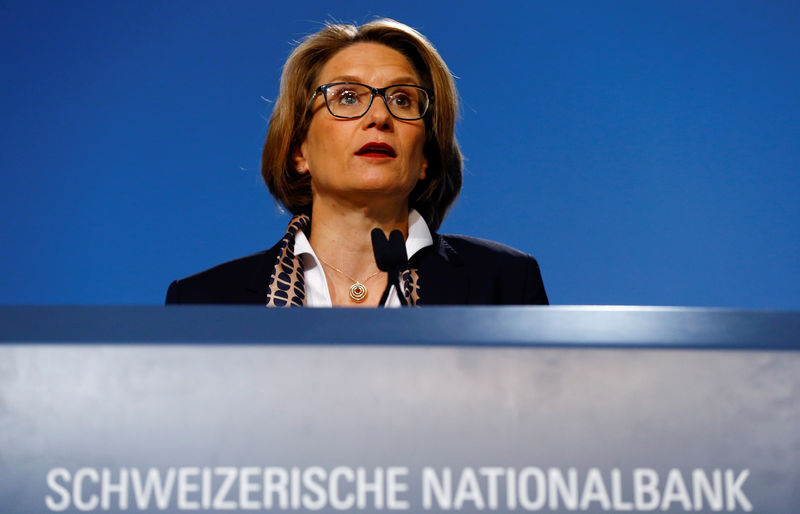 ZURICH (Reuters) – Negative interest rates and a readiness to intervene in the foreign currency markets are still needed to ward off a rise in the franc that would trigger deflation in Switzerland, Swiss National Bank governor Andrea Maechler said on Tuesday.

“Our mandate is not to defend the Swiss franc, but price stability,” Maechler told a Finanz’19 event in Zurich. “We are a small, open country, which means the exchange rate is important for our monetary conditions and is linked to prices.

“We have seen that if the franc is too strong, inflation goes negative,” she added.

“We are now in a positive [inflation] area, but it is still low.”

Maechler’s comments echoed her governing council colleagues Thomas Jordan and Fritz Zurbruegg, who have both said of late that the SNB’s ultra-loose monetary policy remains appropriate in an environment of heightened political risks and fragile currency markets.

Maechler said the risks to Switzerland’s economy were widespread, citing in particular trade disputes and Brexit.

“We know that it [negative rates] is difficult, but it is needed…because people want to give us in Switzerland money,” Maechler said, adding the whole Swiss economy could suffer from a surge in the franc’s value this would trigger.

The SNB’s currency interventions have seen it build up a stock and bond portfolio of more than 775 billion Swiss francs ($776.8 billion), larger than the Swiss economy, making its earnings volatile.

Maechler said buying bonds and stocks was how the SNB gave money to the rest of the world to ease demand for the franc. The SNB’s investments, which include stakes in companies like Facebook (O:) and Apple (O:), were part of its diversification strategy and intended to be as market neutral as possible, Maechler said.

Maechler said the central bank’s investment strategy worked well, but there needed to be a broader understanding among the public about how it worked.

The Swiss economy would slow this year, but not enter a recession, she added.

‘Our base scenario for Switzerland is positive,” Maechler said, pointing to the SNB’s forecast for economic growth of 1.5 percent in 2019, down from 2.5 percent in 2018.