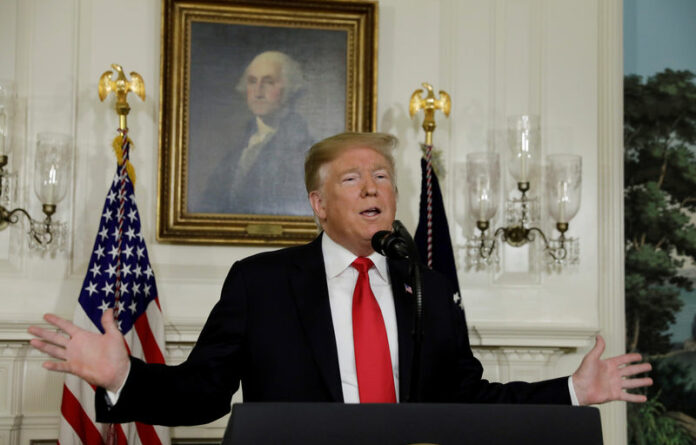 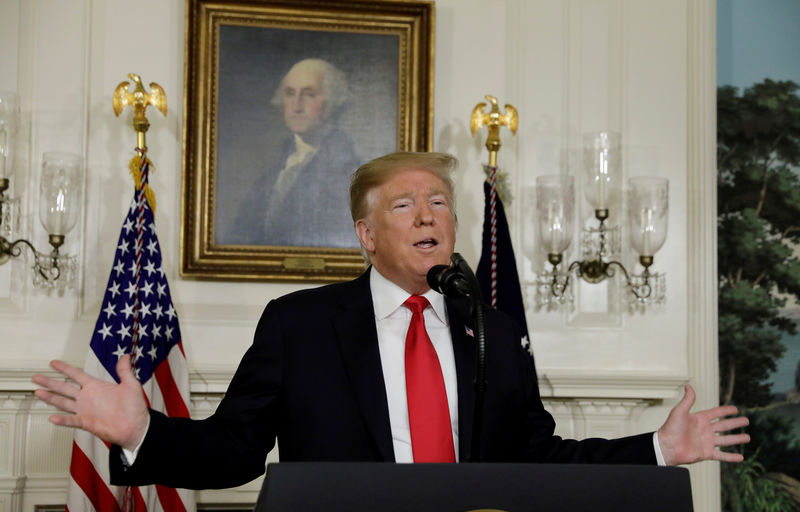 WASHINGTON (Reuters) – Democratic leaders in the U.S. House of Representatives floated the idea on Wednesday of ending a partial government shutdown by giving President Donald Trump most or all of the money he seeks for border security with Mexico but for items other than a physical wall.

Representative James Clyburn, the No. 3 House Democrat, told reporters that Democrats could fulfill Trump’s request for $5.7 billion for border security with technological tools such as drones, X-rays and sensors, as well as more border patrol agents.

Representative Steny Hoyer, the second-ranking House Democrat, also said Democrats would be discussing “substantial sums of additional money” for border security as part of a possible deal. He did not say if it would amount to the $5.7 billion sought by Trump.

Trump has demanded funding for a physical wall in a showdown with Democrats that has left 800,000 federal workers without pay amid a partial government shutdown that entered its 33rd day on Wednesday.

Clyburn’s offer would be a significant monetary increase over bills previously passed by Democrats, which included only about $1.3 billion for this year in additional border security, with none of that for a wall.

“Using the figure the president put on the table, if his $5.7 billion is about border security then we see ourselves fulfilling that request, only doing it with what I like to call using a smart wall,” Clyburn said.

As congressional Democrats and Trump battle over border security and government funding, a parallel controversy continued over the president’s upcoming State of the Union address.

Trump sent a letter to House of Representatives Speaker Nancy Pelosi on Wednesday saying he looked forward to delivering it as scheduled on Jan. 29 in the House chamber. Pelosi had earlier asked Trump to consider postponing because security could not be guaranteed during the shutdown.

The U.S. Senate has scheduled votes for Thursday on competing proposals that face steep odds to end the shutdown.

Republican Senate Majority Leader Mitch McConnell plans to hold a vote on Thursday on a Democratic proposal that would fund the government for three weeks but does not include the $5.7 billion in partial funding for a wall on the U.S.-Mexico border.

Its prospects appeared grim. The House has passed several similar bills but Trump has rejected legislation that does not include border wall funding. McConnell previously said he would not consider a bill that Trump did not support.

McConnell also planned to hold a vote on legislation that would include border wall funding and temporary relief for “Dreamers,” people brought illegally to the United States as children, a compromise Trump proposed on Saturday.

Democrats have dismissed the deal, saying they would not negotiate on border security before reopening the government, and that they would not trade a temporary restoration of the immigrants’ protections from deportation in return for a permanent border wall they view as ineffective.

Trump, in a series of morning tweets, pushed fellow Republicans to stand by border wall, which during his 2016 campaign he had said Mexico would pay for. He was scheduled to discuss his immigration plan with local leaders and with conservative leaders at the White House.

Furloughed federal workers are struggling to make ends meet during the longest government shutdown in U.S. history. Many have turned to unemployment assistance, food banks and other support, or have sought new jobs.

A Reuters/Ipsos poll last week found more than half of Americans blame Trump for the shutdown even as he has sought to shift blame to Democrats after initially saying he would be “proud” to shutter the government.