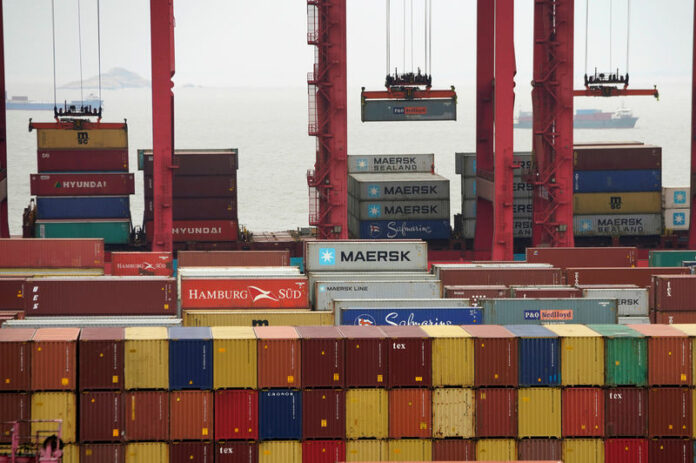 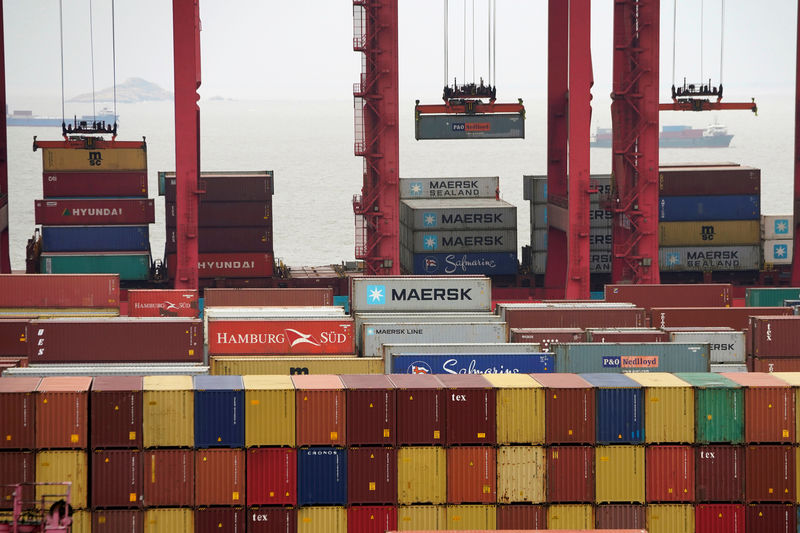 WASHINGTON (Reuters) – As much as U.S. President Donald Trump wants to boost markets through a trade pact with China, he will not soften his position that Beijing must make real structural reforms, including how it handles intellectual property, to reach a deal, advisers say.

Offering to buy more American goods is unlikely by itself to overcome an issue that has bedeviled talks between the two countries. Those talks are set to continue when Chinese Vice Premier Liu He visits Washington at the end of January.

The United States accuses China of stealing intellectual property and forcing American companies to share technology when they do business in China. Beijing denies the accusations.

With a March 1 deadline approaching to reach an agreement or risk an escalation of tariffs on another $200 billion worth of Chinese goods, the two sides are still far apart on key, structural elements critical for a deal, according to sources familiar with the talks.

“We’re not yet in a position where our concerns have been addressed sufficiently,” one U.S. official said, speaking on condition of anonymity. The official said the Trump team, led by hardline U.S. Trade Representative Robert Lighthizer, was focused on such structural issues as well as trade imbalances.

“The president’s said many times how crucial that is, and he’s not going to back down,” Kudlow said.

Lack of progress led the Trump administration to decline an in-person meeting with a lower-level Chinese delegation for preparatory talks ahead of Liu He’s visit, a source familiar with the situation told Reuters.

The Financial Times also reported that an offer for preparatory meeting was rejected, but White House officials pushed back on the suggestion that any meeting was canceled.

“With respect, the story is not true,” Kudlow told CNBC, referring to the FT report.

“The teams remain in touch in preparation for high-level talks with Vice Premier Liu He at the end of this month,” said White House spokeswoman Lindsay Walters.

Trump and Chinese President Xi Jinping agreed on a ceasefire in their trade war at the G20 meeting in Buenos Aires last year, setting a 90-day period to discuss differences and agree a deal.

Those talks have yet to produce anything on paper.

“There’s progress in that the two sides are talking. But I look at it like this: there’s still nothing agreed on in writing,” said one source familiar with the discussions.

Trump has painted developments in the U.S.-China trade talks as largely positive, aware of the effect that the tensions have had on stock markets.

The registered its biggest four-week percentage gain since 2011 on Friday after dropping nearly 20 percent from its record September close on Christmas Eve. The benchmark index lost ground on Tuesday after a national holiday on Monday.

“We’ve really had a very extraordinary number of meetings, and a deal could very well happen with China. It’s going very well,” Trump told reporters at the White House on Saturday.

That is not sufficient for Trump or his team.

“To think that this is going to end with simple ‘commitments,’ I think, is overlooking the historical experience that we’ve had,” the U.S. official said.

Chinese officials pledged to buy enough U.S. products to wipe out the U.S-China trade deficit at talks in Beijing earlier this month but also hedged its position, saying it depended on the demands of Chinese companies, said Scott Kennedy, director of the Project on Chinese Business and Political Economy at the Center for Strategic and International Studies.

The Chinese have indicated they feel they already addressed U.S. concerns about intellectual property rights through a new law and other actions, Kennedy said.

“These weren’t sufficient to satisfy the U.S. negotiation team. So we’ll see if the Chinese give any more on those or if they still try to focus on sweetening the purchases side, and hoping that Trump bites on the potential big numbers,” he said.

Barring progress at the end of the 90-day period, the Trump administration is scheduled to increase tariffs on $200 billion worth of Chinese goods from the current 10 percent to 25 percent.

“All I’ll say is the meetings coming up at the end of the month with Liu He are very important,” Kudlow said.