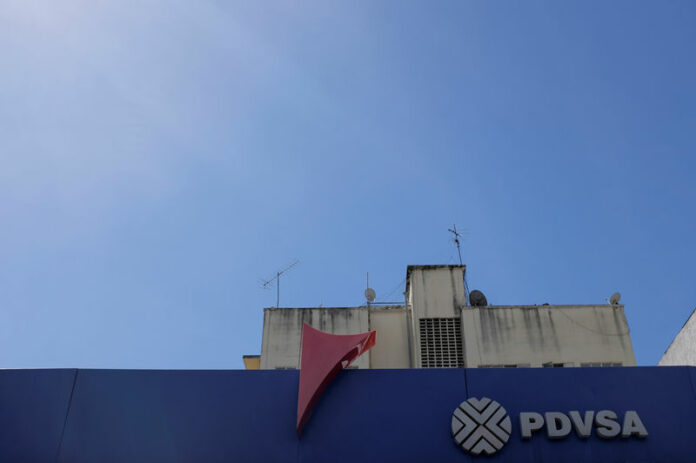 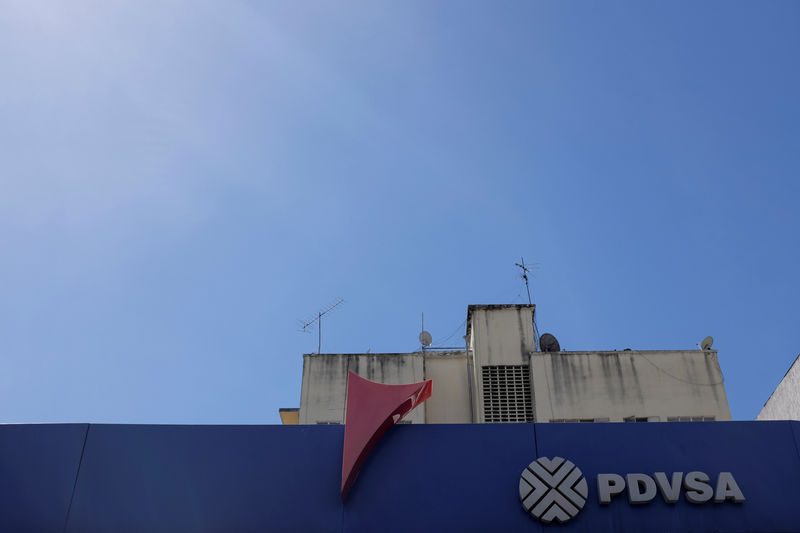 © Reuters. FILE PHOTO: The corporate logo of the Venezuelan state-owned oil company PDVSA is seen at a gas station in Caracas

CARACAS (Reuters) – Venezuela’s state-run oil company PDVSA [PDVSA.UL] said on Tuesday its debt fell 5 percent in 2018 from a year ago to $34.6 billion, though it remains in default on most of its bonds as crude output has slumped to 70-year lows in an economic crisis.

PDVSA, which is short for Petróleos de Venezuela, S.A., has not paid interest on most of its bonds since the end of 2017, and together with Venezuela’s government has accumulated nearly $8 billion in late interest payments. It has remained current on its 2020 bond, whose collateral is its U.S. oil refining subsidiary Citgo.

Venezuela blames U.S. sanctions for the payment problems. But critics of the socialist government say President Nicolas Maduro’s mismanagement of the economy and the OPEC nation’s oil reserves are the root of the country’s financial crisis.

PDVSA’s announcement, in the form of an advisory in a local newspaper, said it owed $24.7 billion to bondholders, down from $25.1 billion in 2017.

Two subsidiaries accounted for most of the decline: PDV Holding, which owns Citgo; and the Venezuelan Petroleum Corporation (CVP), which manages PDVSA’s joint ventures with foreign companies.

While U.S. sanctions bar holders of PDVSA and Venezuela bonds from negotiating a possible debt restructuring, some investors are moving toward legal action to get the two parties to pay. Last month, a group of creditors demanded Venezuela make $1.5 billion in payments on its 2034 bond.