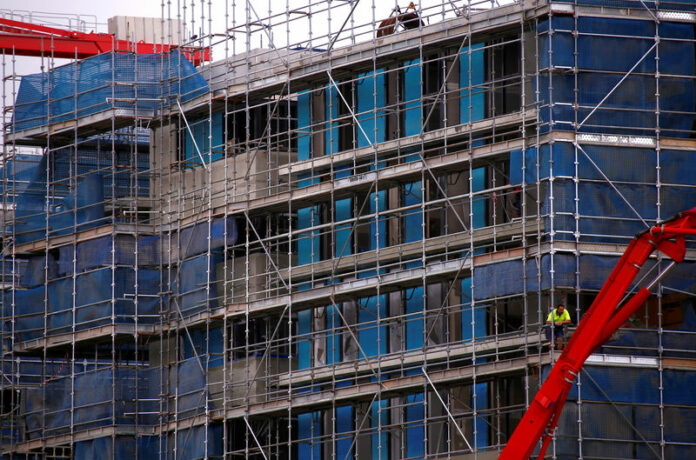 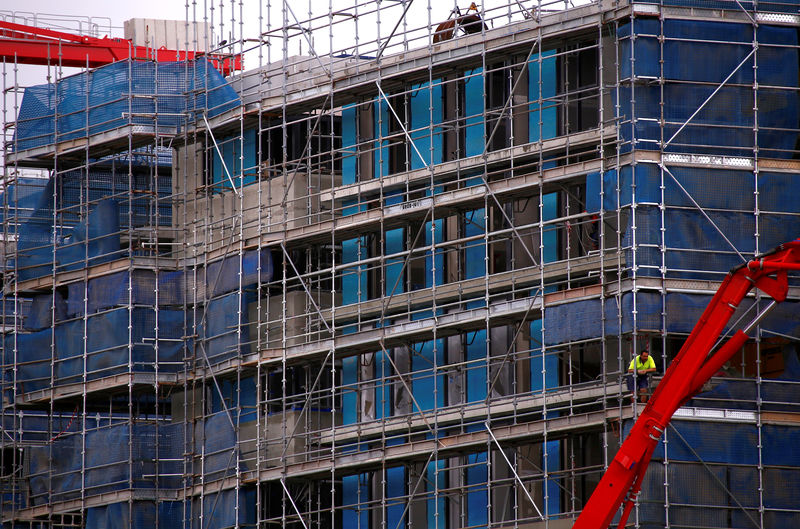 © Reuters. A worker stands on scaffolding at a construction site for a new residential complex in Sydney

SYDNEY (Reuters) – National Australia Bank (AX:) on Thursday dealt a fresh blow to the country’s rapidly-cooling housing market as it joined its peers in jacking up mortgage rates, stoking talk of an interest rate cut even as data pointed to a firm labor market.

Facing higher funding costs, NAB said it will raise mortgage rates by 12 to 16 basis points, effective Jan.31, in a delayed reaction to similar decisions by its rivals last September.

Mortgage rate hikes will no doubt further squeeze the country’s heavily indebted households and put a drag on the already slowing property market.

House prices in parts of Sydney and Melbourne slumped more than 10 percent in 2018 and analysts are tipping even steeper losses this year, making the current slowdown possibly the worst in a generation.

“The housing correction has the potential to crimp confidence and trigger a contraction in domestic consumption,” said Sean Keane of Triple T Consulting in a report for Credit Suisse (SIX:).

“This is a scenario the RBA has long feared as it would herald a slowdown in GDP, a reduction in fiscal headroom, an uptick in unemployment.”

Keane, however, expects the RBA to hold rates at the current record lows of 1.50 percent for most of 2019.

But interest rate futures 0#YIB:> are pricing in an almost 60 percent chance of a cut by December.

Just two months ago, markets were expecting the next move to be an increase but weak third-quarter economic data in December and a dovish turn in the U.S. Federal Reserve’s rate outlook have made investors cautious.

Bets the RBA will ease policy this year come even as data showed Australian employment grew strongly in December and the jobless rate surprisingly fell, suggesting the labor market remained one of the strongest parts of the economy.

The overall trend in Australia’s labor market has been robust over the past couple of years with annual job growth of 2.2 percent, faster than the 1.6 percent rise in population. Full-time positions expanded by almost 2 percent in 2018.

Yet the market brushed aside the upbeat report, instead focusing on the property market and NAB’s mortgage increase.

“We are expecting this to slow employment growth to below the pace of growth in the labor force, lifting the unemployment rate to 5.3 percent around mid-2019,” he wrote in a note.

Smirk added uncertainties around the upcoming federal election could weigh on employment growth with the Labour Party in pole position to win after being in opposition for almost five years.

Market attention has now shifted to the fourth-quarter inflation report due next week with economists generally expecting growth in prices to slow, an outcome that could add to the case for a rate cut.

Thursday’s developments also mean markets will keep their eyes peeled for the RBA board meeting – its first for the year – on Feb.5.

The central bank has held rates at 1.50 percent since last cutting in August 2016, reiterating that further policy easing was against the national interest as it would only spur a debt binge in the property market.

“The RBA’s focus, when it meets in a couple of weeks’ time, will be on the state of the local housing market, along with early reports of soft retail conditions at the end of 2018,” Triple T’s Keane said.