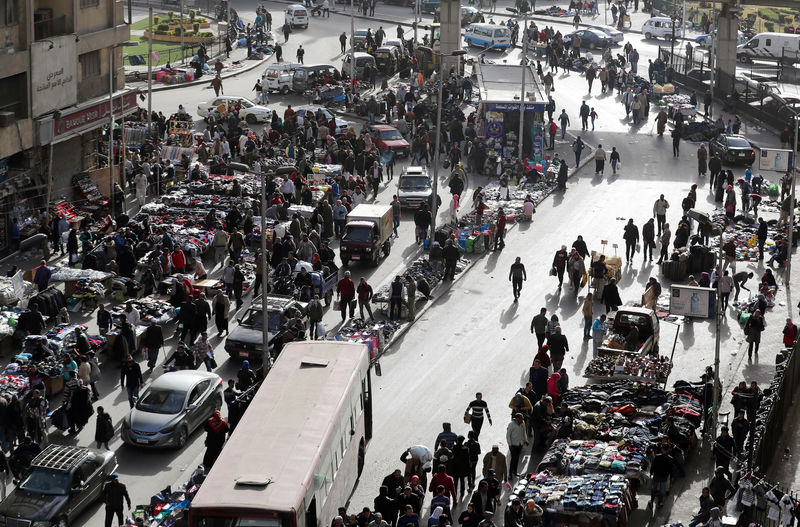 CAIRO (Reuters) – Egypt’s economy is expected to grow 5.3 percent in the fiscal year that ends in June, according to forecasts economists polled by Reuters, the same view found in a survey three months ago.

The economy, with the exception of the oil sector, has struggled to attract foreign investors since the 2011 uprising that unseated Hosni Mubarak.

“Medium-term growth remains slightly subdued as the government maintains a strong grip on the economy, but is nonetheless supported by an expected expansion in the infrastructure, manufacturing and tourism sectors,” said Nadene Johnson, an economist at NKC African Economics.

Hoping to bolster investor confidence, Egypt has been implementing tough economic reforms as part of a three-year, $12 billion deal agreed with the International Monetary Fund in November 2016. The reforms include a value-added tax, cuts to energy subsidies and a steep currency devaluation.

“Egypt should enjoy a relatively stable pace of growth over the next couple of years … but the economy will remain strained by ongoing fiscal consolidation, soft private sector activity and uncertainty in the global economy,” wrote Maya Senussi, senior economist for the Middle East at Oxford Economics.

“That said, we see greater support from public investment this year, reinforced by lower oil prices lowering subsidy spending. Consumers also stand to gain from lower oil prices, while lower interest rates should generally inject some life into the private sector,” she said.

Millions of Egyptians live below the poverty line and struggle to meet basic needs. They have faced rising costs since the pound was floated in November 2016.

“Inflation was revised lower in 2019 thanks to the easing of global oil prices. However, there are some risks to the outlook including further tightening of global conditions (particularly U.S. interest rate tightening); or renewed emerging market turmoil, which could jeopardize capital inflows and weigh on the value of the pound,” Johnson said.