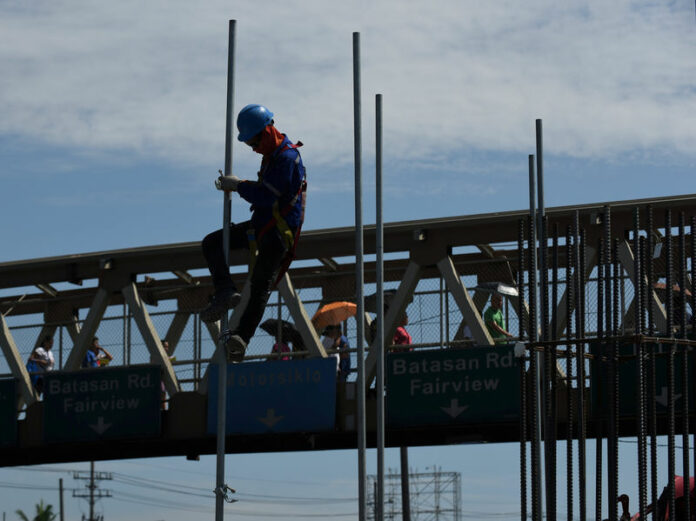 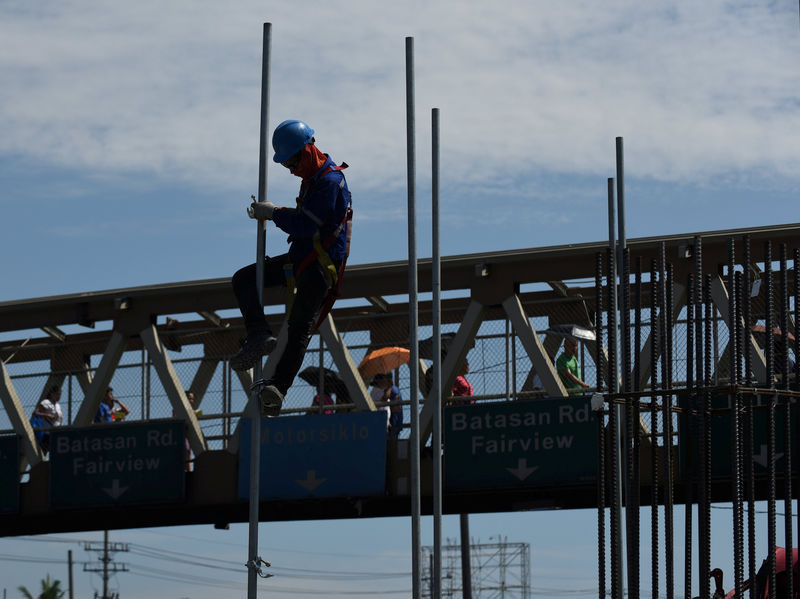 © Reuters. A worker assembles a pole at a construction site of the Metro Rail Transit (MRT)

MANILA (Reuters) – Philippine economic growth slipped to the lowest annual pace in three years in 2018, though it edged up in the fourth quarter, giving the central bank little reason to resume hiking interest rates.

The Southeast Asian country posted full-year growth of 6.2 percent, below the government’s downwardly revised target of 6.5-6.9 percent but still one of the fastest paces in Asia.

Annual growth in October-December was 6.1 percent compared with the previous quarter’s revised 6.0 percent, but slightly weaker than the 6.2 percent projected in a Reuters poll. The economy grew 6.5 percent in the last three months of 2017.

With inflation expected to cool further this year, helped by easing global oil prices, the government is optimistic the economy will gather steam in the coming quarter. It has set a 7-8 percent growth goal.

But Capital Economics called the chance of sustained rebound in growth in 2019 “slim”, partly because government infrastructure spending is set to increase at a slower pace.

Economic Planning Secretary Ernesto Pernia said household consumption should recover this year as inflationary pressures subside amid a subdued outlook on international oil prices and a reduction in local retail prices of rice.

However, he flagged concern about the impact of the U.S.-China trade dispute on the global economy.

“We continue to be on the lookout for downside risks such as U.S.-China trade dispute dampening global demand with higher tariffs and protectionist policies stifling investment,” he told a media briefing.

“Other external downside risks are tighter financing conditions in emerging markets due to the strengthening of the US dollar and rising risk premiums.”

In December, the central bank kept its key interest rate unchanged to let five straight hikes, totaling 175 basis points, work their way into the economy. Some analysts believe that marked the end of its tightening cycle.

The annual inflation peaked at 6.7 percent, a near decade high, in September and October, before slowing to 5.1 percent in December. Full-year 2018 average inflation rate was 5.2 percent, way above the central bank’s 2-4 percent target.