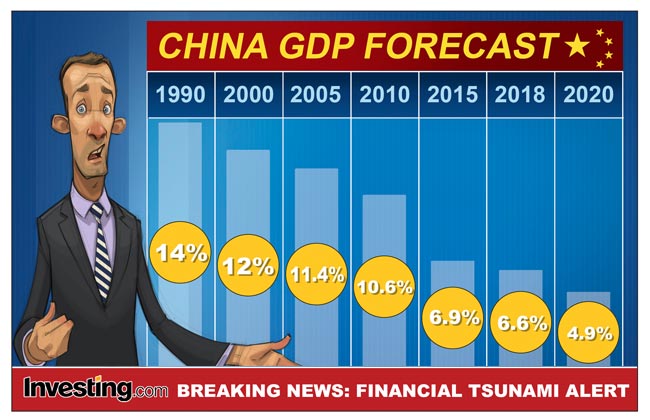 Investing.com – Market focus this week was largely attuned to signs that an economic slowdown in China was spreading, fueling fears over the outlook for the global economy.

That pulled full-year growth down to 6.6%, the slowest annual pace , as faltering domestic demand and bruising U.S. tariffs weighed.

Analysts at Capital Economics warned that China’s economic slowdown looks set to be of a similar scale to that in 2015-16, though there are some significant differences so far, most notably less downward pressure on the yuan and no signs of major capital outflows.

“Against a backdrop of various concerns about other economies, weakness in China adds to reasons to expect a marked global slowdown,” they wrote in a note.

Indeed, the International Monetary Fund (IMF) its 2019 global growth forecast on Monday – its second downgrade in just three months – citing a bigger-than-expected slowdown in China and the eurozone.

The IMF added that a failure to resolve trade tensions could further destabilize a slowing global economy.