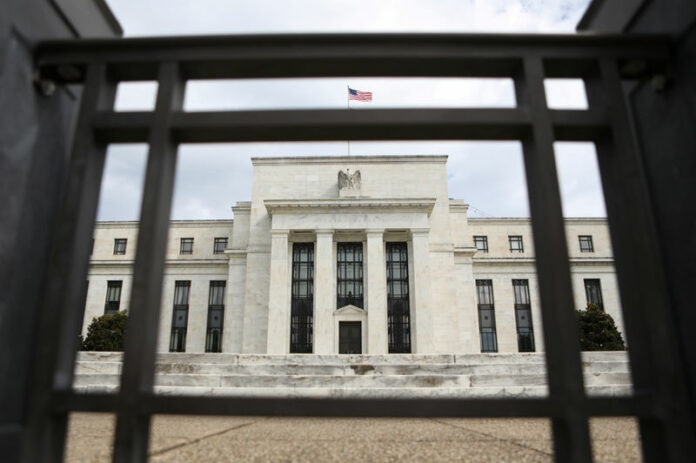 NEW YORK (Reuters) – Bond traders are betting the Federal Reserve’s next move will be to cut interest rates after the U.S. central bank made a dovish turn in monetary policy, as financial markets fret over deterioration in the global economy.

On Thursday, U.S. interest rates futures prices jumped, suggesting traders saw a nearly one-in-three chance the Fed would lower key lending rates by a quarter percentage point in the next 12 months. This compared with a one-in-five shot the previous day, according to CME Group’s FedWatch program.

The rally in rates futures came a day after the Fed said it would be “patient” before raising rates further. Fed Chairman Jerome Powell said at a press conference the case for more rate hikes had “weakened” in recent weeks.

The Fed also signaled it was prepared to adjust the shrinkage of its $4 trillion balance sheet, a move that has spurred worries about drainage of cash from the banking system too quickly.

“This was an extraordinarily dovish set of communications. They removed any bias to raise rates altogether,” said Steven Friedman, senior economist at BNP Paribas (PA:) Asset Management in New York.

Just last month, the Fed raised the federal funds rate and other short-term borrowing costs by a quarter point to between 2.25 percent and 2.50 percent, its fourth rate increase in 2018. It hinted more rate hikes were likely.

The perceived policy shift six weeks later kindled a wave of buying in federal funds futures for delivery in the latter half of 2019 through 2020.

“It means the market is leaning toward an ease (in rates) in the next 12 months,” said Alex Manzara, vice president at R.J. O’Brien and Associates in Chicago.

On the other hand, if the U.S. labor market stays tight and Wall Street continues its rebound from a rout in December and early January, Fed officials may return to a tightening stance, analysts said.

“An additional rate hike is not out of the question if the market continues to rally strongly,” said Matt Freund, head of fixed-income strategies with Calamos Investments in Chicago.