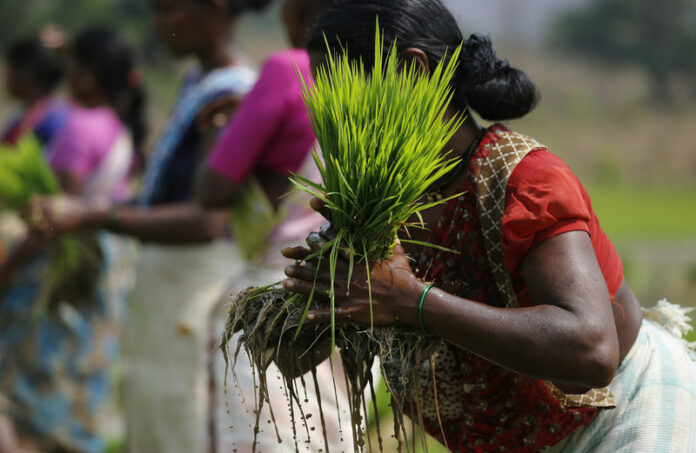 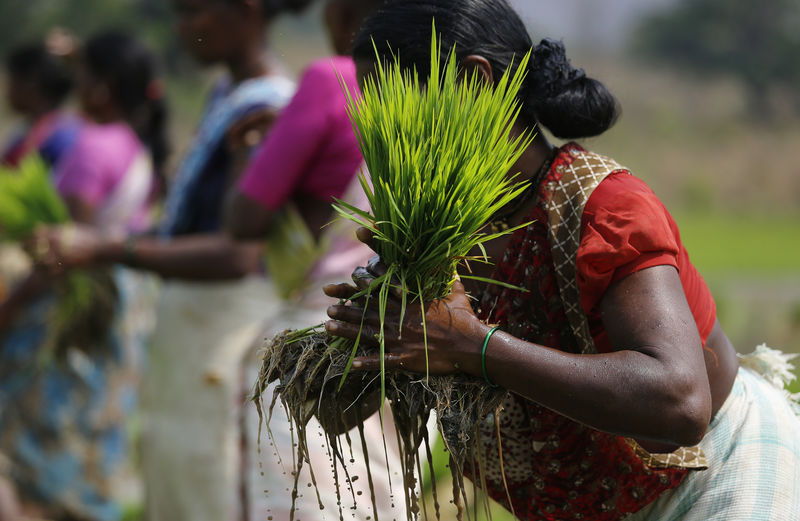 © Reuters. A laborer ties a bundle of rice saplings as others plant them in another field in Karjat

By Manoj Kumar and Mayank Bhardwaj

NEW DELHI (Reuters) – India is likely to raise its rural welfare spending by 16 percent for the fiscal year beginning April, two government sources said, as Prime Minister Narendra Modi tries to woo the farm vote ahead of a general election due by May this year.

In its interim budget on Friday, the government is set to earmark about 1.3 trillion rupees ($18.25 billion) for the Ministry of Rural Development, up from 1.12 trillion rupees in the current fiscal year, said the sources with direct knowledge of budget discussions.

The sources didn’t wish to be named as the discussions were not public. Interim Finance Minister Piyush Goyal is likely to announce the increased allocation in his budget presentation to parliament’s lower house.

Modi’s government is under pressure to step up support for the countryside, where more than two-thirds of India’s 1.3 billion people live.

Farm incomes have been ravaged in the past year by low crop prices and rising costs, and voters’ concerns about the government’s rural policies was evident in the loss of key state elections by Modi’s Bharatiya Janata Party late last year.

On Monday, the leader of India’s main opposition Congress party, Rahul Gandhi, promised to provide the poor with a minimum income if his party wins the election. The BJP has dismissed Gandhi’s promise as an unaffordable gimmick.

The plans for rural development may require an additional allocation of funds in a full budget announcement that this government would likely make in July if it is re-elected, the sources said.

Among the key welfare programs run by the Ministry of Rural Development, the highest allocation will be for the flagship rural job guarantee program, which enables people in the countryside to seek government-paid work for up to 100 days in a year.

The government is expected to give about 600 billion rupees for the job guarantee program for the 2019-20 fiscal year, 9 percent more than the previous year, the sources said.

The Ministry of Rural Development also plans to raise wages for nearly 70 million current beneficiaries of the job program, said the sources.

A parliamentary panel last year asked the ministry to increase the program’s wages as they were lower than those paid to farm laborers elsewhere.

The government is likely to allocate about 300 billion rupees, a three-fold increase, under another key state-run rural welfare plan which will give financial assistance to nearly 30 million poor people, including widows and the disabled.

It intends to increase the monthly benefit from 200 rupees currently and increase the number of beneficiaries from 20 million now, the sources said.