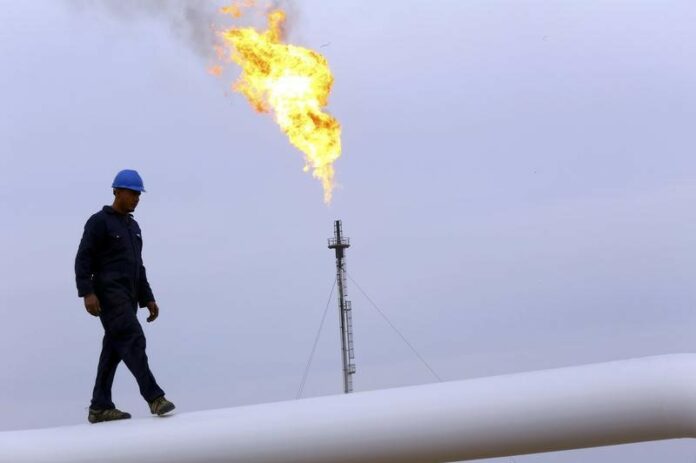 Oil Ends Jan With A Bang, But Rally Fizzles On Shale Shock

Yogi Berra’s celebrated quip on baseball and life rang true for the oil market after a two-day rally and run to $55 per barrel on U.S. crude was cut short by EIA that essentially showed the agency underestimated the highs in domestic production.

President Donald Trump’s less-than-optimistic comments on the ongoing U.S.-Sino trade talks in Washington also weighed on the market, as a deal to avert the trade war between the two economic superpowers is viewed as critical for global growth. Trump said on Thursday he probably would have to meet his Chinese counterpart Xi Jinpeng again face-to-face to clinch a deal.

While New York-traded West Texas Intermediate crude did end with its best January on record as trading closed for the month, Thursday’s sudden reversal sounded yet another ominous warning to OPEC: Beware of shale for it could always catch up with you.

The EIA’s latest estimate on oil production issued on Thursday showed that U.S. output had probably reached 11.9 million barrels per day as of November. In its Short-Term Energy Outlook report issued two weeks ago, the agency had that same number as an estimate that will be achieved this month. The revised outlook now means that the next STEO report will be likely be much higher. The EIA has a 13 million bpd target for 2020.

“This only tells us the dynamics of shale,” said John Kilduff, founding partner at New York-based energy hedge fund Again Capital. “Underestimation is becoming a running narrative in the shale story.”

Kilduff added that while U.S. drillers may be talking about reductions in capital expenditure now, “WTI above $55 is a very powerful enticement for them to hedge and add to production. Last week’s upturn in the rig count after the slump the week before is very telling of the dynamics in this industry.”

The number of rigs actively drilling for oil in the United States rose last week by 10 after slumping by 21 just a week earlier. The next rig count number will be published by oil services firm on Friday.

WTI and Brent logged gains of about 4% in two previous sessions. The run-up began with the Trump administration’s sanctions against Carasas’ state-owned oil firm PDVSA which effectively halts the flow of Venezuelan crude, a heavy sulfur-laden grade that’s critical for making diesel and other transportation fuels, to the U.S.

The rally accelerated on Wednesday after weekly U.S. oil data showed a drop of 1.1 million barrels in Saudi exports of crude to the United States, in keeping with Riyadh’s promise since December to cut production to boost prices that crashed 40% in the fourth quarter of 2018.

Oil picked up more steam in Wednesday’s after-hours trade as the Federal Reserve held rates steady at its monthly policy meeting. Fed Chairman Jerome Powell, who oversaw four rate hikes last year, says now he will consider the economy first before any tightening — an action likened on Wall Street as the “Powell Put” after the similar “Greenspan Put” attributed to former Fed chief Alan Greenspan during the 90s.