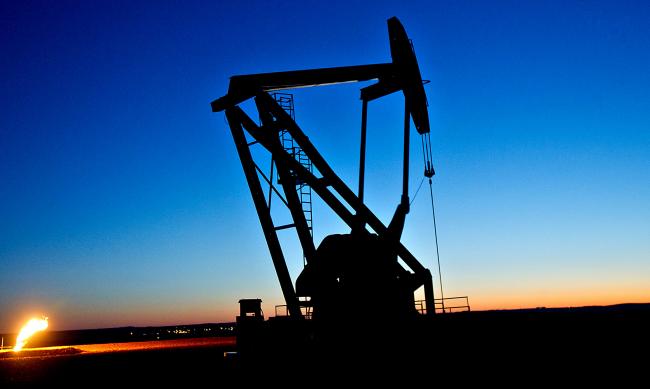 (Bloomberg) — Oil is headed for its biggest January gain in at least 36 years as data showed the OPEC+ coalition’s output cuts starting to kick in, while a more dovish Federal Reserve boosted markets and improved the growth outlook.

While futures in New York were little changed in early trading Thursday, they were set to rise almost 20 percent in January, the biggest gain of any January in records going back to 1983. The Fed signaled Wednesday it’s done raising rates for the time being, pushing down the dollar. U.S. oil imports from Saudi Arabia fell to the lowest since October 2017 last week, while Russian Energy Minister Alexander Novak said the country cut output gradually this month and will try to increase the pace of reductions in February.

The crude benchmark in New York has rebounded this year after plunging almost 40 percent in the last quarter of 2018. Those declines prompted the Organization of Petroleum Exporting Countries and its allies to embark on a mission to curb output. The crisis in Venezuela is threatening to limit supplies further if it worsens, while the question of whether the U.S. and China can resolve their trade differences remains pivotal for the demand outlook.

U.S. sanctions on Venezuela are a “de facto oil embargo” and “cannot be anything but price-supportive,” PVM Oil Associates analyst Tamas Varga wrote in an emailed report.

for March settlement, which expires Thursday, was 28 cents higher at $61.93 a barrel on the London-based ICE (NYSE:) Futures Europe exchange. Futures have increased 15 percent this month, on course for the biggest gain since April 2016. The more-active April contract advanced 23 cents to $61.77. The global benchmark crude was at a $7.76 premium to WTI.

U.S. Energy Information Administration data released Wednesday showed Saudi Arabia shipped the least amount of oil to the U.S. on a weekly basis in about 15 months, the latest evidence the OPEC+ coalition cuts are impacting the market. Under a plan agreed in December, the producer group and its allies will reduce their output by a combined 1.2 million barrels a day from October levels.

Russia’s average daily oil output this month was 50,000 barrels a day lower than October, Novak said, citing preliminary data. The country has pledged to gradually implement a reduction of 228,000 barrels a day this quarter and maintain the cap until the end of June.

European stocks rose Thursday after the Federal Open Market Committee said it “will be patient as it determines what future adjustments to the target range for the federal funds rate may be appropriate.”

Meanwhile, high-level trade talks between the U.S. and China continue for a second day in Washington on Thursday. While a breakthrough deal is seen as unlikely from this round of negotiations, the White House has said a concluding statement will be released on the progress they’ve made on core issues.