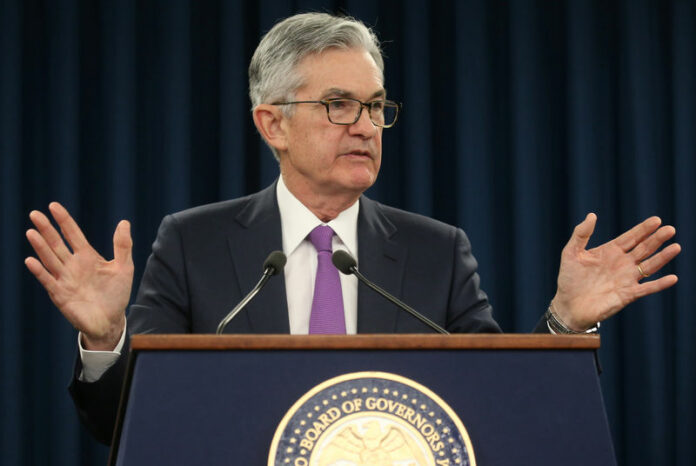 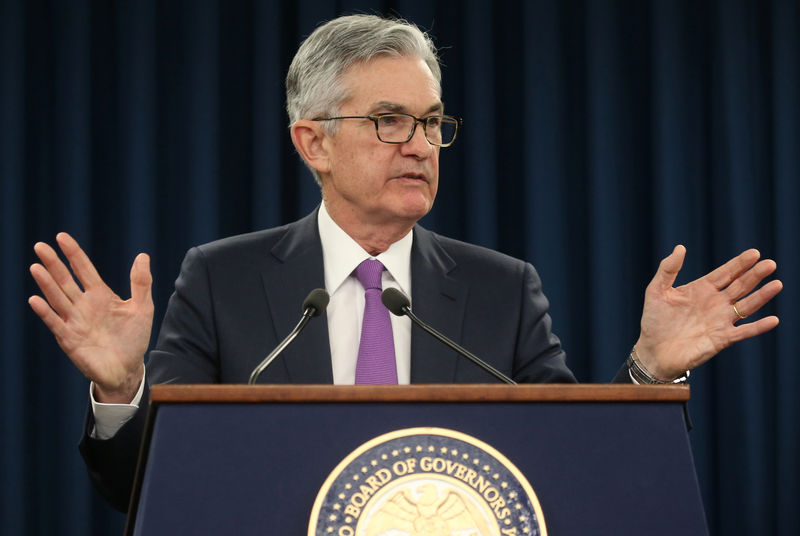 WASHINGTON (Reuters) – The Federal Reserve’s policy twist on Wednesday might seem just what the White House ordered, with a hold put on what President Donald Trump termed “loco” interest rate hikes, and an openness to ending the monthly runoff of up to $50 billion from the U.S. central bank’s balance sheet.

But the story the Fed is telling about the economy should give the Trump administration pause.

It isn’t the narrative of rebounding investment, higher productivity, and surging growth that administration officials offer, but one of shaky confidence, an economic recovery that may not be as sturdy as it seems, and risks that partly stem from Trump’s own actions.

Just as the Fed’s four rate increases last year were a product of better-than-expected growth nudged higher by some of Trump’s policies – a sign of economic strength even if the president called it otherwise – the policy shift this week was a sign the best days of Trumponomics may be over.

The move “was not driven by a major change in the baseline,” Fed Chairman Jerome Powell said in a press conference on Wednesday, but the fact that intensifying “cross-currents suggest the risk of a less favorable outcome.”

With U.S. growth expected to slow to perhaps 2 percent and risks accumulating, “we are not in a great position to take a shock,” said Omair Sharif, senior U.S. economist at Societe Generale (PA:).

Signaling a pause in rate increases “was a pretty good way to take out insurance,” in effect a decision to keep a looser-than-anticipated monetary policy in place in hopes of skirting some of those risks, Sharif said.

Graphic – Powell vs the S&P: https://tmsnrt.rs/2TqIcyK

The next few months will prove crucial. The Fed and many economists outside the administration have long felt Trump’s tax and spending policies would provide the economy a short-term boost, or a “sugar rush,” that would wane.

That may now happen just as other economic dangers intensify, with an early March deadline looming over U.S.-China trade talks, negotiations over Britain’s departure from the European Union on a rocky track, and U.S. elected officials unable to agree on a budget.

Until recently, policymakers felt the Fed’s benchmark overnight lending rate still acted as a boost for an economy that didn’t need boosting. The rate, which the Fed on Wednesday left in a target range of 2.25 percent to 2.50 percent, is well below historical averages, and barely above the rate of inflation.

At the Dec. 18-19 policy meeting, Fed officials felt rates could climb still higher in 2019, a sign of economic health that would show concerns about long-term “secular stagnation” to be unfounded, and mark a return to normal times – with savers perhaps even earning some return on their bank deposits.

Instead, the bar for another rate hike has now risen, a fact that doesn’t speak well about the continued durability of the U.S. economy’s near decade-old recovery from the 2007-2009 financial crisis and recession.

In regards to the “50Bs,” the up to $50 billion of Treasury bonds and mortgage-backed securities the Fed has been running off from its balance sheet, the central bank made no change on Wednesday.

But in a separate statement, it said it had decided to continue managing policy with a system of “ample” reserves, reinforcing the notion the rundown may end sooner than expected.

Trump had also criticized the balance sheet runoff as bad for market liquidity.

For roughly two years the Fed has said that raising rates was in fact the best way to ensure continued economic growth by helping guard against inflation, discouraging the worst sorts of asset bubbles, and, in doing so, avoiding the need for rates to rise even higher and faster in the future.

Now the risks appear in the other direction. In his press conference, Powell set aside concerns about inflation and financial stability, emphasizing instead that the current policy rate is appropriate for the current economy – as if another step by the Fed could cause things to crack.

“Really they are looking at a bunch of signals – the general forecast that the economy will grow more slowly in 2019 than in 2018; the fact that inflation, which was on the rise … has actually turned the other way,” said James Kahn, a former New York Fed vice president who is now chairman of the economics department at Yeshiva University in New York.

Bond yields, flirting for months with the sort of recession-signaling inversion where short-term securities earn more than longer-term ones, “are a sign that the prospects for really strong growth are not there,” Kahn said.

Some of the trouble spots the Fed is coping with are unavoidable, like a slowdown in Europe and Brexit.

But on the list of things Powell cited as worrisome, several involved domestic developments, from friction between the United States and its trade partners, which seems to have begun to sap business confidence, to the recent partial U.S. government shutdown whose “imprint” on the economy the Fed chief said remained uncertain.

Business and consumer confidence, and a drop in expectations for inflation, may be even more concerning to a central bank that views public psychology as an important influence on future economic outcomes.

Markets have priced in all that aggressively, and now the Fed has too.

The picture could change, said Bill English, an economics professor at Yale and the former head of the Fed’s monetary affairs division.

“I don’t think they are necessarily done with this rate hike cycle,” English said.

But the list of boxes to check is a long one, so long in fact that many investors now see the Fed’s next likely move to be a rate cut.

“The data are … inching towards an ease,” said Steven Blitz, chief U.S. economist at TS Lombard.