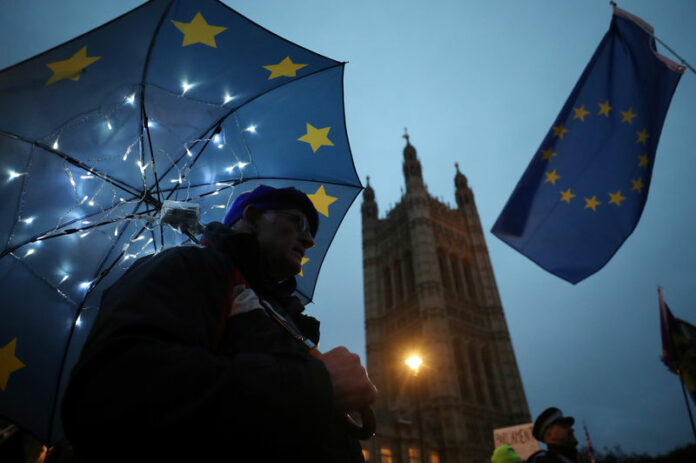 UK would regret no-deal Brexit ‘for ever’: business minister 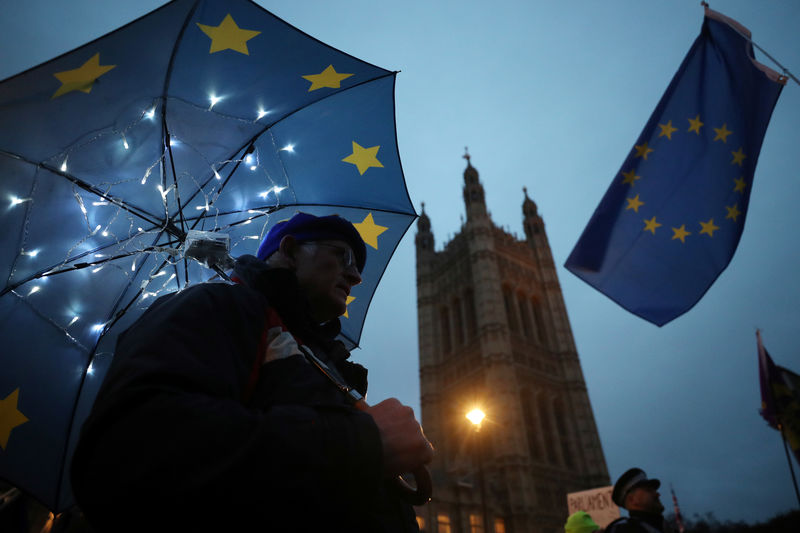 © Reuters. An anti-Brexit protester demonstrates outside the Houses of Parliament, in Westminster, London

LONDON (Reuters) – Britain would permanently regret leaving the European Union without a deal, and parliament needs to reach a decision to stop this in the next two weeks, business minister Greg Clark said in a newspaper interview on Saturday.

Clark’s comments in The Times come as the paper reported government documents warning Britain’s transport system could get overwhelmed after a no-deal Brexit, while The Guardian said officials feared mountains of rotting waste and animal slurry.

Britain is due to leave the EU on March 29, but lawmakers last month comprehensively rejected the exit deal Prime Minister Theresa May reached with Brussels, and Brussels this week turned down May’s request for renegotiation.

Without a deal Britain risked major disruption to trade with the EU, cutting British business out of pan-European supply chains, Clark warned.

“If we make what I think would be a mistake that we would regret for ever, it would be in the history books just like the achievements of the first industrial revolution,” Clark said.

Parliament needed to approve a deal by the middle of this month, he added, citing businesses that said they would be reluctant to ship goods to Japan or South Korea if it was unclear whether they would face tariffs when they arrived.

“People say ‘Things are always decided at the 59th minute of the 11th hour’. But it’s important to understand where ‘the wire’ is. The wire is not the 29th of March,” Clark said.

May has promised another Brexit vote by Feb. 14.

Britain’s transport ministry is preparing for the knock-on impact of a no-deal Brexit overwhelming the transport system, according to a leaked document in The Times.

There have been widespread predictions of traffic gridlock on key roads in southeast England due to customs checks on trucks trying to cross the English Channel at Dover, Europe’s busiest ferry port.

The impacts “could fall across every transport mode … and could grow exponentially as … the capabilities of responders at all levels decrease or become overwhelmed,” the document offering guidance to officials working in a planned emergency response center said.

The Department for Transport did not immediately respond to a request for comment.

Separately, the Guardian said environment officials were worried that Britain would struggle to export waste as well as livestock, leading to growing mounds of rubbish and slurry.

“Odors will obviously be an issue as the stockpiled waste putrefies,” an internal email cited by the Guardian said.

Farmers unable to export sheep and cattle “may have problems with slurry storage capacity and insufficient land spreading capability”, the email also warned.

An Environment Agency spokesman said a process was in place to ensure waste could still be exported after a no-deal Brexit.