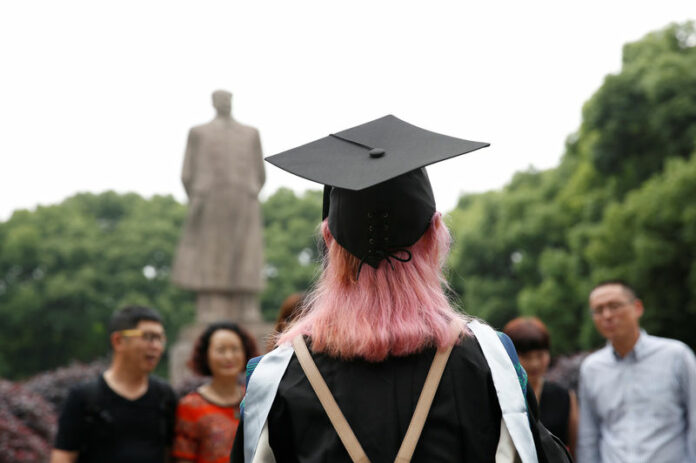 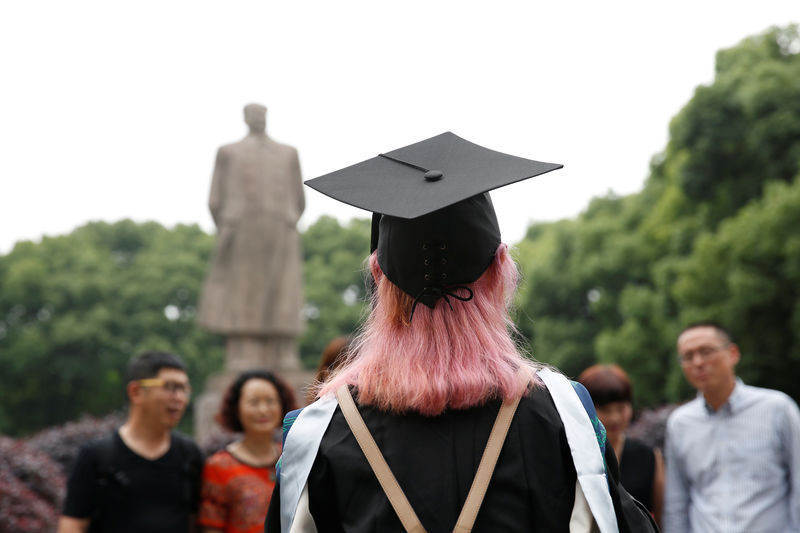 © Reuters. A student stands in front of the statue of Chinese leader Mao Zedong after her graduation ceremony at Fudan University in Shanghai

BEIJING (Reuters) – China will introduce tax breaks for small businesses run by recent graduates and low-income workers, according to a joint ministry announcement, as the country looks to boost spending and offset an economic slowdown.

Earlier this month China’s state planner said it would prioritize graduates and migrant workers in efforts to combat unemployment, which rose in the December quarter amid shrinking factory orders and lower consumer spending.

The cuts will target university graduates, self-employed people and those who have been unemployed for more than six months, said the Ministry of Finance, State Administration of Taxation and other departments in a joint statement released on Saturday.

Companies who hire people designated as “needy” will also qualify for a tax deduction of 6,000 yuan per person per year for three years.

China has said it will introduce new stimulus measures this year after the Sino-U.S. trade war took a heavy toll on the economy in 2018.

The Finance Ministry this month said it will implement larger tax and fee cuts, targeting small firms and manufacturers, while the county’s state planner has unveiled incentives to boost retail spending.