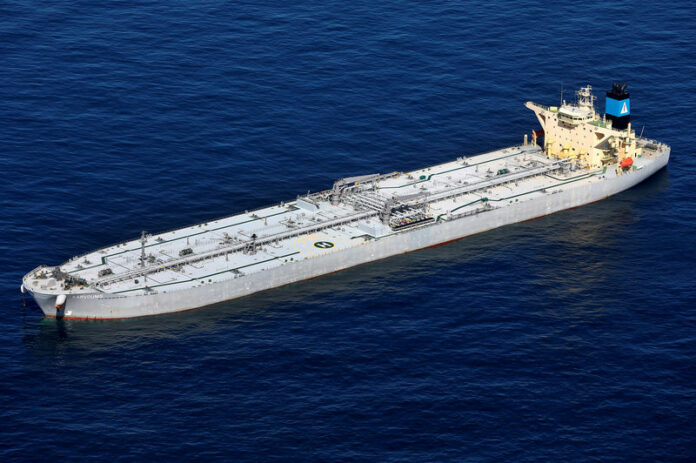 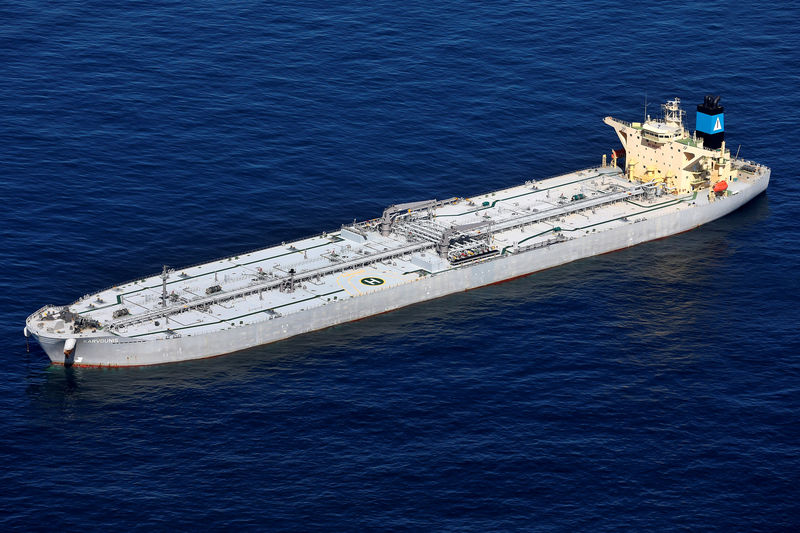 © Reuters. FILE PHOTO: The oil tanker Karvounis lies at anchor stranded off the coast of Louisiana

HOUSTON/MEXICO CITY (Reuters) – A flotilla loaded with about 7 million barrels of Venezuelan oil has formed in the Gulf of Mexico, some holding cargoes bought ahead of the latest U.S. sanctions on Venezuela and others whose buyers are weighing who to pay, according to traders, shippers and Refinitiv Eikon data.

The Trump administration’s move to impose sanctions last week was meant to undercut support for Venezuelan President Nicolas Maduro by targeting the Latin American nation’s oil exports to the United States, the source of most of its foreign revenue.

The sanctions aim to block U.S. refiners from paying into PDVSA accounts controlled by Maduro – one reason numerous tankers are waiting in limbo off Venezuela with payments unclear. The United States buys 500,000 barrels of Venezuelan crude per day.

U.S. customers of Venezuela’s state-run PDVSA are required by sanctions to deposit payments into escrow accounts that have not yet been set up. The funds will be controlled by Venezuelan congress head Juan Guaido, whom the United States, the European Union and much of Latin America recognize as the country’s leader.

Neither the U.S. Treasury Department nor White House responded to requests for comment.

There were over a dozen tankers this week anchored in Gulf of Mexico or outside of Venezuelan waters, according to the Refinitiv Eikon data, as shippers await payment and delivery directions from buyers.

Traders said some of the cargoes were used as floating storage by buyers who took advantage of PDVSA’s open market sales ahead of sanctions. Others were held by trading firms struggling to find refiners willing to take the oil due to payment difficulties related to sanctions.

For an interactive graphic on Venezuelan crude exports to the United States, see: https://tmsnrt.rs/2S4YIXB

“There were many cargoes of Venezuelan crude already in the Gulf when sanctions were announced,” said a trader who deals with PDVSA. Others are stuck because holders “cannot find who to sell them to due to sanctions,” the trader said.

The tankers had been chartered by regular U.S. buyers of Venezuelan oil, including Chevron Corp (NYSE:), PDVSA’s refining unit Citgo Petroleum and Valero Energy (NYSE:), and trading houses that sell to refiners.

“Everybody is still working through the mechanics of things, still trying to figure out how freights are going to get paid and is sitting on the sidelines waiting for this to roll out,” said one ship broker on Monday who was not authorized to speak publicly.

For an interactive graphic on Venezuelan crude exports to U.S. refiners, see: https://tmsnrt.rs/2t4ullS

Separately, a few tankers that had waited for weeks to lift oil bound for U.S. customers left the Venezuelan port of Jose over the weekend without loading, according to Refinitiv data.

The oil fleet in Gulf waters grew as a bottleneck earlier formed around Venezuelan ports by tankers awaiting authorization to load. PDVSA has said it will only sell to certain customers that prepay for cargoes.

Outside of U.S. waters, there were also tankers loaded with Venezuelan crude and idling in the Caribbean and Europe, the Refinitiv data shows.