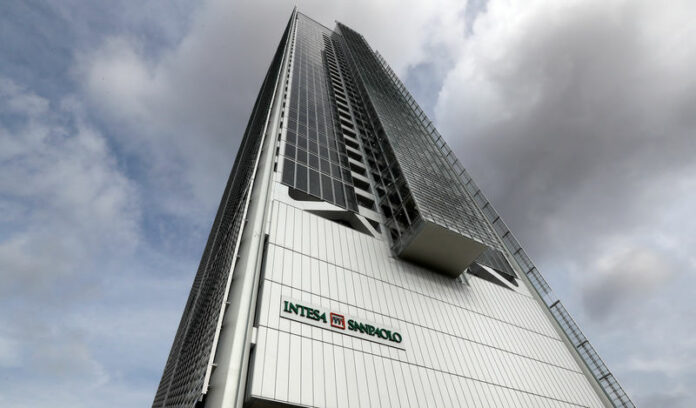 From cars to quakes: Italy’s banks take on insurance 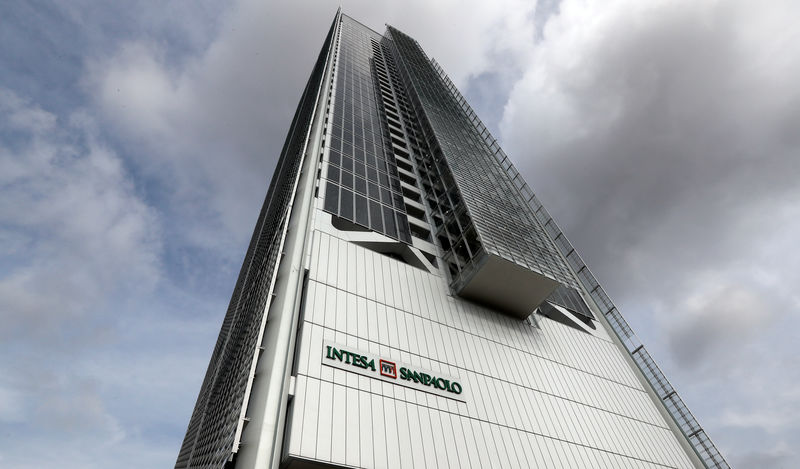 By Stephen Jewkes and Valentina Za

MILAN (Reuters) – An aging population and struggling state finances could turn into an unlikely boon for Italy’s banks, which have turned to a growing market for insurance to brighten their prospects.

Intesa SanPaolo has marketed the move loud and clear since June last year, splashing white and green “Bank Insurance” stickers across its branches.

The country’s biggest retail bank is leading a push to cross-sell to Italians who have traditionally shunned protection against medical bills or property damage, relying instead on their wealth, generous public health and tight family networks.

That is changing, with shifts in society and state spending constraints expected to drive demand for property and casualty (P&C) insurance, an opportunity Italian banks can ill afford to miss.

Battling loan losses and negative interest rates, Italian banks have also seen their asset management fees hurt by Italy’s latest economic woes, while technology is exposing the industry to outside competition in core areas such as payments.

They have now identified a new potential source of revenues.

Excluding cars, where insurance is compulsory, premiums were 0.9 percent of Italian GDP versus 2.5 percent in Germany, even after the number of Italians with private health insurance more than doubled between 2010 and 2016, Professor Mario Del Vecchio of Milan’s SDA Bocconi said.

“We can see that some of our customers keep excess cash on their current accounts for rainy days … we want them to understand they could invest some of it to buy protection,” Intesa Sanpaolo (MI:) insurance head Nicola Fioravanti said.

Although bank clients could find it useful to have a one-stop shop for both banking and insurance products, some have raised questions about the potential for cross-selling as people move increasingly to mobile and online banking, while disputed insurance claims could also sour customer relationships.

Intesa, which is already Italy’s biggest life insurer with 22.5 billion euros in gross premiums, flirted with taking over top insurer Generali (MI:) in 2017 but it is now targeting its 12,000 customers and investing 300 million euros ($344 million) to move into segments like home and healthcare.

It has trained 220 specialists to steer the business and retool 30,000 staff, aiming to become a leader in non-motor P&C by selling three contracts a day in each of its 4,400 branches.

Its plan is to double the share of its clients who buy insurance products – known as its penetration rate – to 18 percent in three years’ time, boosting gross non-life premiums to 2.5 billion euros from 400 million in 2017.

“All insurers as well as other banks are watching Intesa’s moves very closely. … There is room to expand the potential size of the market, it’s not a market share game,” said Emanuele Costa, Partner & Managing Director at Boston Consulting Group.

A top executive at another of Italy’s big banks, who asked not to be named, said it could follow Intesa’s lead in a few years to better serve its growing wealth management clientele.

The potential opportunity is attracting investors including billionaire Warren Buffett, whose Berkshire Hathaway (NYSE:) conglomerate has built a 9 percent stake in insurer Cattolica and last month won a tender to take over small Genoa-based Faro, which is being liquidated.

And Poste Italiane, which for years offered banking services through its network of almost 13,000 post offices, recently launched P&C policies to complement its life business.

Meanwhile BPER Banca, which has a deal to sell products of its top shareholder insurer Unipol, recently revamped its bancassurance division and hired a former Munich RE executive to lead it.

“It’s a natural move for banks looking to diversify,” said Diego Rossi, head of BPER’s Everyday Bank’s division. “The need to buy protection is not keenly felt but that can also change quickly. Frequent earthquakes in recent years have made related insurance products hugely successful.”

Scale is key for the investment by Intesa and others to pay off, with a penetration rate of at least 10 percent of a bank’s client base estimated as necessary for the non-life business to be profitable.

But relative to an insurer relying on a network of agents who are incentivised to sell life products due to the bigger upfront payment, a bank can set specific goals for its employees to sell casualty or property policies.

Intesa clients told Reuters they had been offered insurance products, in one case in return for better terms on their current account.

“They’re definitely very serious about it,” one said.