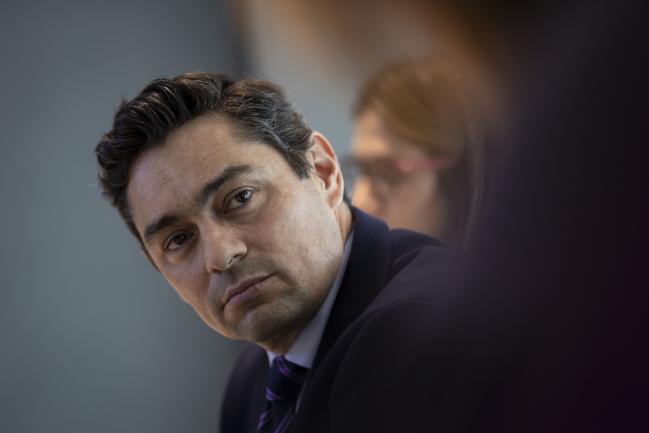 The move is part of a broader plan by Guaido, who was declared interim president by the assembly last month, to revive Venezuela’s shattered economy by focusing on boosting oil output as soon as possible, said Carlos Vecchio, Guaido’s envoy in the U.S.

Vecchio has emerged as one of the most visible and vocal representatives for Guaido in the days since President Donald Trump declared Nicolas Maduro’s regime illegitimate and threw his weight behind Guaido on Jan. 23. The envoy said the top priority is restoring political stability, followed by rebuilding the economy. He said he hopes elections can be held by year-end.

Part of the economic challenge involves taking ownership of Venezuela’s assets overseas and seizing control of the board of Citgo, the U.S. refiner controlled by PDVSA. He said Guaido’s government wants to name a new Citgo board but said current employees of the company would continue to work there. He also said he expects to have control soon of Venezuela’s embassy in Washington, without giving more details.

Venezuela faces considerable difficulty in rebuilding its oil industry after more than a decade of neglect and a history of hostility toward foreign investors. Venezuela’s oil output fell to a 69-year low of 1.339 million barrels a day last year and is already expected to drop below the one-million barrel mark in 2019.

Vecchio said the government would honor all “legal” and “financial” debt, but left open the possibility that it wouldn’t honor debt agreements that Maduro’s regime signed under which it pays off creditors with oil. That would mainly hit China, which analysts say has lent the country some $70 billion, mostly against future deliveries of oil.

“If the signed deal was not approved by the National Assembly we will not recognize that,” Vecchio said. He said that Guaido’s team has yet to speak with officials from Russia, which continues to support the Maduro regime, or China, which has taken a more neutral view so far.

Discussing the economic ties between Venezuela and Russia, China and Turkey, he suggested those countries would be wise to recognize that the political tide has turned against Maduro, saying, “We hope they keep their neutrality in this moment. That will facilitate our relationship in the future.”