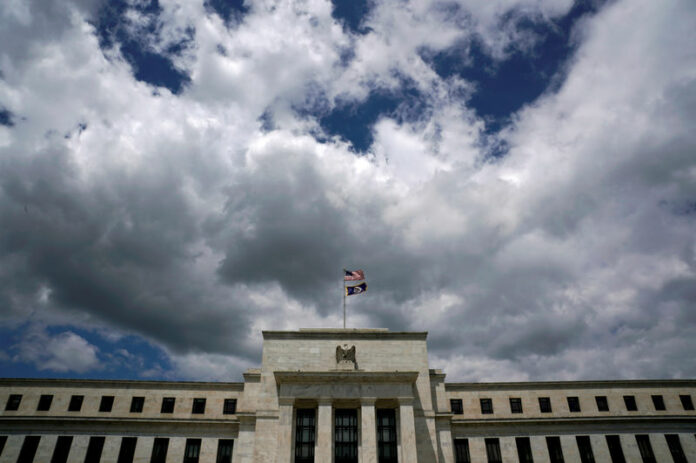 © Reuters. FILE PHOTO: Clouds over the Federal Reserve in Washington

WASHINGTON (Reuters) – Demand for loans weakened among U.S. businesses and households in the last three months of 2018 while banks tightened lending standards for commercial real estate, according to a survey of bank officers that gave worrisome signs for the economic outlook.

The U.S. Federal Reserve on Monday released its quarterly survey of senior loan officers. The survey also showed banks had kept standards for commercial and industrial lending “basically unchanged” in the quarter but had tightened standards for credit card borrowing.

In a foreboding assessment, banks said they expected in 2019 “to tighten standards for all categories of business loans as well as credit card loans and jumbo mortgages,” according to the quarterly report from the Fed.

Credit is the lifeblood of the U.S. economy and reports of weaker demand – coupled with expectations at banks that standards will tighten – suggests U.S. lenders are seeing signs that economic growth could slow.

Fed policymakers last month indicated they were pausing a rate increase campaign that began in December 2015 as the U.S. central bank tries to sort out how much a weakening global economy could drag on the United States.

In the fourth quarter of 2018, U.S. “banks reported weaker demand for all categories of loans to households,” the Fed said, an assessment that suggested U.S. consumers could also be worried about the economic outlook.