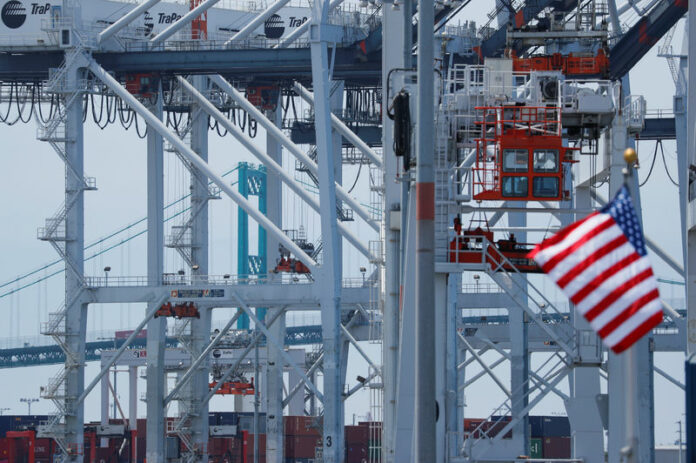 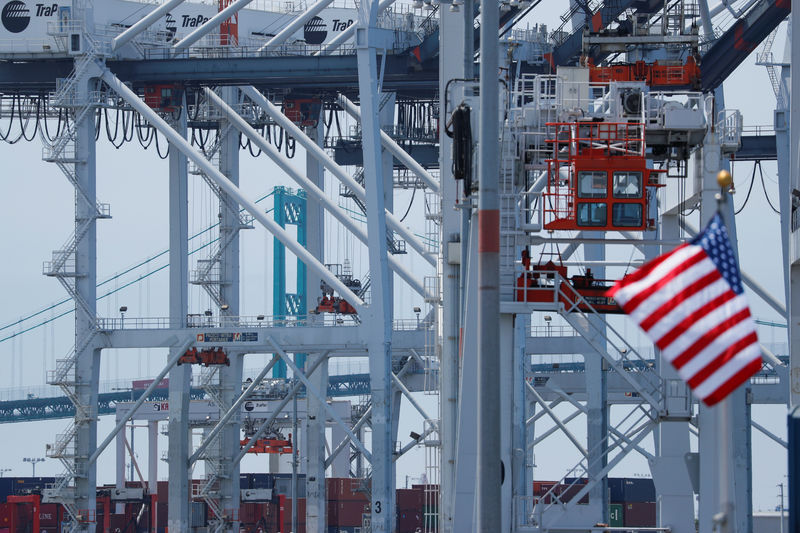 © Reuters. The U.S. flag flies at the Port of Los Angeles in Los Angeles, California

GENEVA (Reuters) – A U.S. plan to hike tariffs on China next month could trigger an economic downturn and let other countries take over about $200 billion of China’s exports, a study by the U.N. trade and development agency UNCTAD said on Monday.

The United States levied additional duties of between 10 percent and 25 percent on $250 billion of Chinese goods last year as punishment for what it called unfair trade practices, and the 10 percent tariffs are set to climb to 25 percent unless there is significant headway on a trade deal by March 1.

She said the U.S. tariff hike and a retaliatory move by China would trigger an economic downturn due to instability in commodities and financial markets, while company moves to adapt would put pressure on global growth.

“There’ll be currency wars and devaluation, stagflation leading to job losses and higher unemployment and more importantly, the possibility of a contagion effect, or what we call a reactionary effect, leading to a cascade of other trade distortionary measures.”

Smaller and poorer countries would struggle to cope with such external shocks, she said.

The higher cost of U.S.-China trade would prompt companies to shift away from current east Asian supply chains, but the impact of the tariffs would not primarily benefit U.S. firms.

U.S. companies would capture only 6 percent of the $250 billion of the affected Chinese exports, while Chinese firms would retain 12 percent, despite the higher cost of trade, the study said.

Other countries would capture an estimated 82 percent of the value of the $250 billion of Chinese exports and 85 percent of $85 billion of U.S. exports hit by the tariffs.