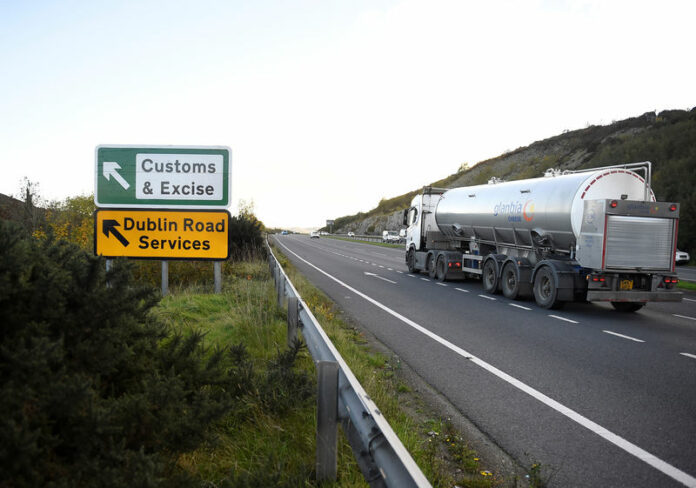 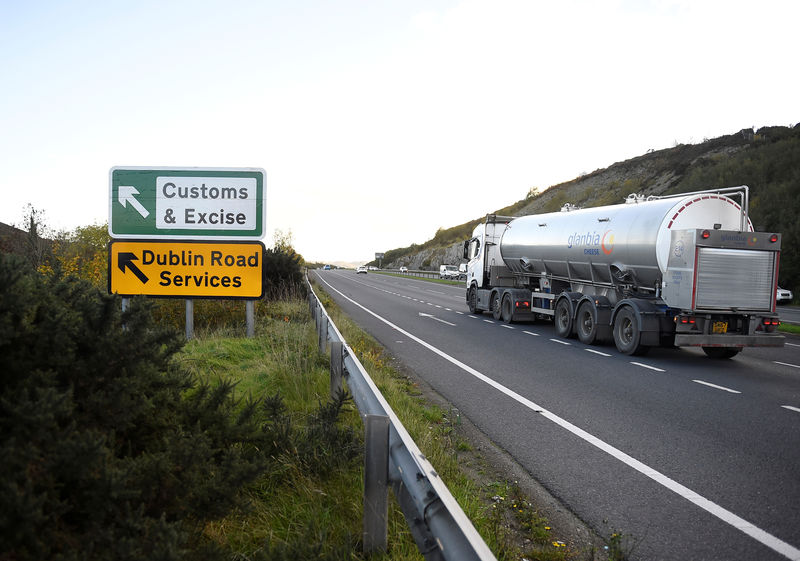 © Reuters. A sign for Customs and Excise is seen on a road near Kileen, Northern Ireland

LONDON (Reuters) – Most goods arriving from the European Union will be allowed into Britain without full customs checks for at least three months if it leaves the bloc without an exit deal, the British government said on Monday.

With less than two months until Britain is due to leave on March 29, Prime Minister Theresa May has yet to get her Brexit deal agreed by parliament and the government has been stepping up its plans for the chance of a disorderly exit.

Freight companies have warned a ‘no deal’ Brexit could lead to miles of tailbacks as thousands of lorries face extra customs checks at major ports such as Dover, which handles 17 percent of the United Kingdom’s goods trade.

The government is building lorry parks along motorways and also plans to use an airport in southern England to cope with any tailbacks at ports on the English Channel.

HM Revenue and Customs (HRMC) said it had put in place transitional procedures for importing goods from the EU through 20 British ports and the Channel Tunnel, which it would review three to six months after March 29.

“For a temporary period, HMRC will allow most goods moving from the listed roll on roll off locations to leave the UK port or train station before you’ve told us that the goods have arrived,” it said in guidance to importers.

Importers must notify HMRC by the end of the next working day that the goods have arrived in the UK, it added.

Businesses will need to register for the simplified import procedure, which will mean they have to give less information in their import declarations and will allow them to defer giving a full declaration and paying any duty.