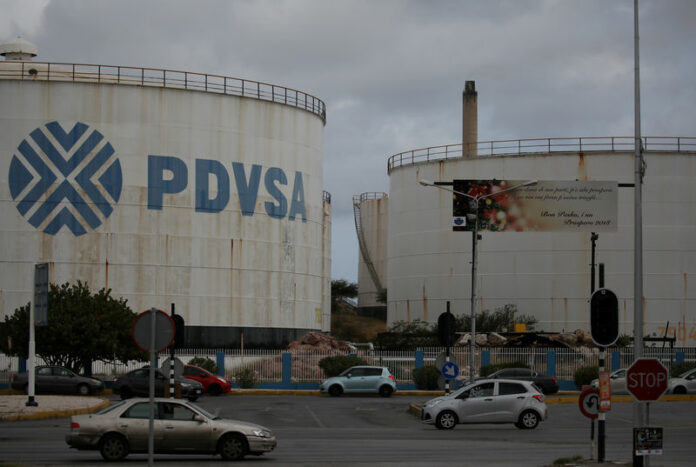 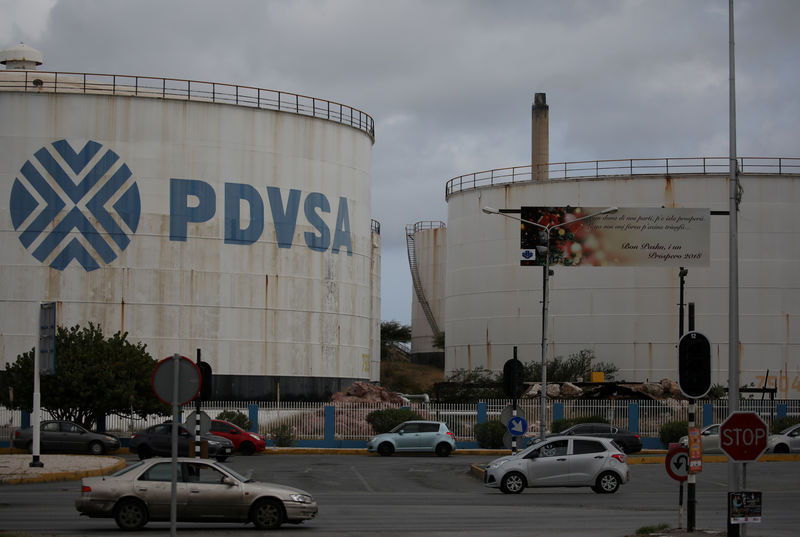 © Reuters. FILE PHOTO: Logo of Venezuelan oil company PDVSA is seen on a tank at Isla refinery in Willemstad on the island of Curacao

(Reuters) – The government of Curacao is resuming talks with two candidates to operate the nation’s 335,000-barrel-per-day Isla refinery after its preferred bidder withdrew from consideration, the refinery said in a statement on Tuesday.

The government-owned refinery has operated under a contract with Venezuelan state-run oil firm PDVSA that lasts through December, but it began a search for a replacement last year after a dispute between PDVSA and U.S. oil producer ConocoPhillips (NYSE:) kept the plant idled.

Selection of a new operator has been delayed by an investigation into corruption allegations related to the evaluation process. In its statement, the refinery said that delay and a review of other opportunities led its preferred bidder to withdraw.

“The team in charge of the process is already working together with international experts to quickly take the necessary steps,” the Refineria di Korsou, as it is known formally, said in its statement.

Curacao did not identify the preferred bidder in its statement, but local media said it was Motiva Enterprises, the U.S.-based arm of Saudi Aramco.

Motiva last year said it was “actively exploring a number of opportunities and locations” to boost its North American oil refining capacity to as much as 1.5 million barrels per day (bpd). Its plant in Port Arthur, Texas, is the largest U.S. refinery by capacity, processing 603,000 bpd.

A memorandum of understanding with PDVSA’s replacement was expected to be signed and disclosed in the middle of January, a refinery executive had said late last year.

The Isla refinery is committed to keeping the facility open, and in its statement on Tuesday said that PDVSA has expressed interest in continuing at the site. It did not identify the two remaining candidates in the evaluation of a new operator.