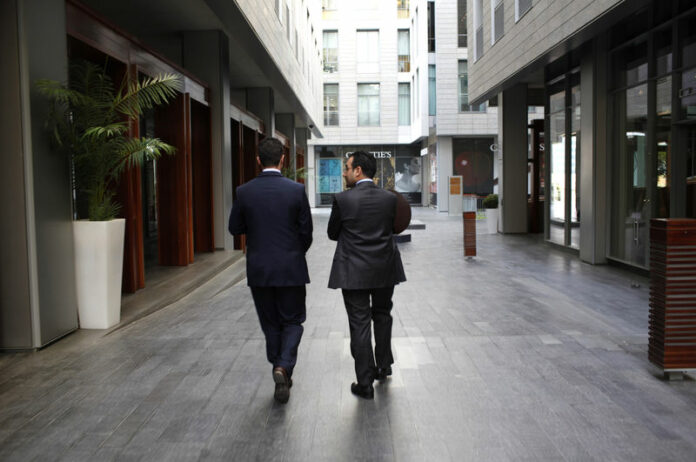 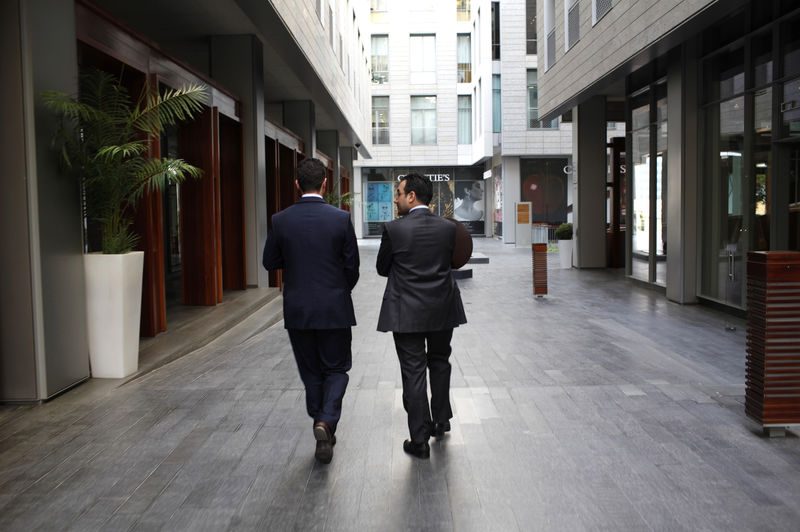 © Reuters. Men walk past buildings at the Dubai International Financial Center in Dubai

By Stanley Carvalho and Davide Barbuscia

ABU DHABI/DUBAI, (Reuters) – Abu Dhabi is expected to roll over for the second time $20 billion of debt, due next month, that it extended to Dubai during its financial crisis a decade ago, three sources familiar with the matter said.

Dubai got the aid from the oil-rich capital of the United Arab Emirates in 2009 after the global credit crisis caused its real estate market to crash, threatening to force some state-linked companies to default on billions of dollars of debt.

In March 2014, the Abu Dhabi government and the UAE federal central bank agreed to refinance the debt for five years at a 1 percent annual interest rate.

The rollover included a $10 billion, five-year loan that the Abu Dhabi government offered to Dubai through two state-owned banks, and $10 billion of five-year bonds that Dubai issued to the central bank.

“It is the same as last time, the debt will likely be extended once again,” said a source aware of the matter, without elaborating.

Two other sources familiar with the matter said the debt would be extended. They declined to be named as the decision is not public yet.

Analysts said they expected the debt to be extended. The rollover comes amid protracted weakness in Dubai’s real estate market, which along with an outflow of funds to Saudi Arabia led to a slump in equity markets last year.

The pressures on Dubai are not as serious as those it faced a decade ago, but as the region’s top financial, trade and tourism hub, it has been hurt by an economic slowdown in Gulf countries caused by low oil prices.

“Abu Dhabi won’t risk any tension by asking Dubai to pay. It is a much more sensitive time now than in 2009,” said a senior banker, who added that the debt will be extended to help Dubai grow its economy.

Dubai’s economy has been hit by the UAE’s decision to impose a trade and transport boycott against Qatar since mid-2017, along with Saudi Arabia and other Arab countries. The UAE is also complying with renewed U.S. sanctions against Iran, for which Dubai has historically been a trans-shipment hub.

“We expect the rollover to be extended,” said Thaddeus Best, analyst at sovereign risk group, Moody’s. “The question is what the terms of the extension will be.

“If the interest rate was to be adjusted to reflect prevailing U.S. treasury rates, this could lead to an increase in debt-servicing costs of roughly $300 million. All else being equal, this would translate into a wider fiscal deficit,” Best said.

The 2014 rollover slashed the cost of the financing to 1 percent from an original 4 percent.