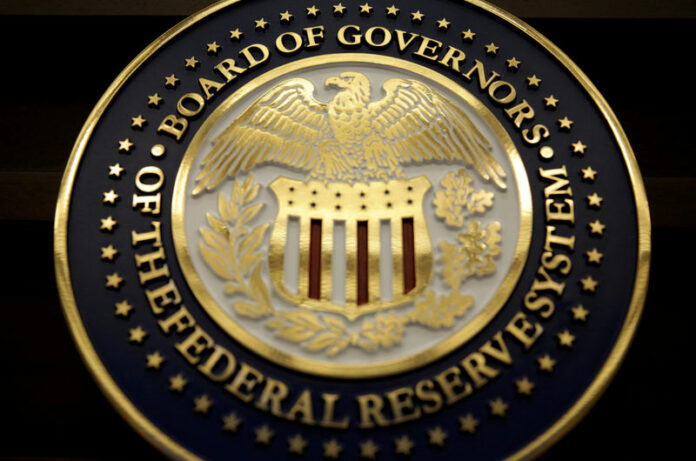 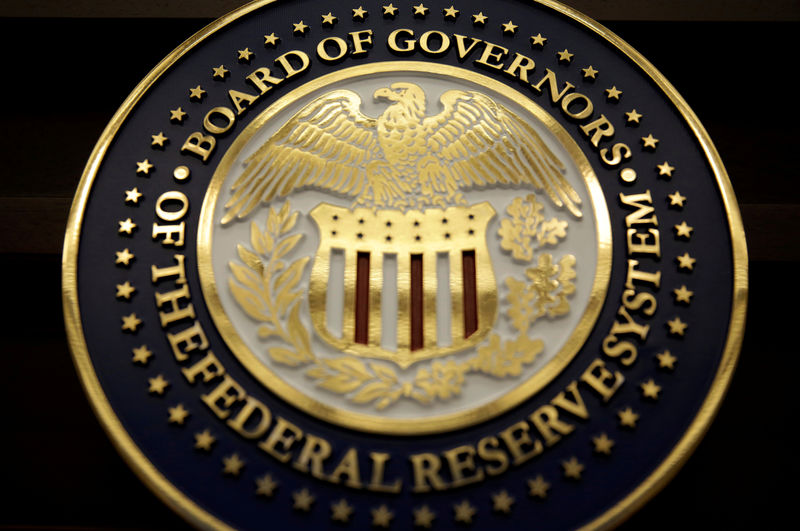 © Reuters. FILE PHOTO: The seal for the Board of Governors of the Federal Reserve System is displayed in Washington

(Reuters) – The shrinkage of the U.S. Federal Reserve’s balance sheet has played a significant role in exerting upward pressure on borrowing costs as parts of the U.S. economy have shown signs of decelerating, a study from the Kansas City Federal Reserve released on Wednesday showed.

The study reflects a growing concern among economists and investors that the Fed’s declining holdings of Treasuries and mortgage bonds have caused bank reserves to drain too quickly, exacerbating the effect of the central bank’s series of rate increases in 2018.

Some analysts have attributed the elevated federal funds rate, or what banks charge each other to borrow excess reserves overnight, on the Fed’s balance sheet normalization that began in the fourth quarter of 2017.

Since the Fed began to shrink its balance sheet, its bond holdings have declined by $400 billion, while bank reserves have fallen by $740 billion.

Others have blamed the jump in issuance of Treasury bills for raising the financing costs for bond dealers in the repurchase agreement (repo) market. In turn, the elevated repo rate has underpinned the fed funds rate, which has been at parity with the interest the Fed pays on reserve balances (IOR).

IOR has been a key policy tool for the Fed to put a ceiling on short-term interest rates.

The model developed for the study showed the level of reserves plays “an important role in determining the federal funds-IOR spread over the medium- and longer-term and that repo rate dynamics play a relatively less important role,” A. Lee Smith, a Kansas City Fed senior economist and the author of the study, wrote.

The IOR and average fed funds rate are currently 2.40 percent.

The study’s findings hint that if Fed’s balance sheet shrinks much further from current levels, the fed funds rate could rise above IOR. This could rattle investors’ confidence about the Fed’s ability to control interest rates, analysts said.

The Fed has adjusted the IOR twice in 2018 in an effort to control the fed funds rate.