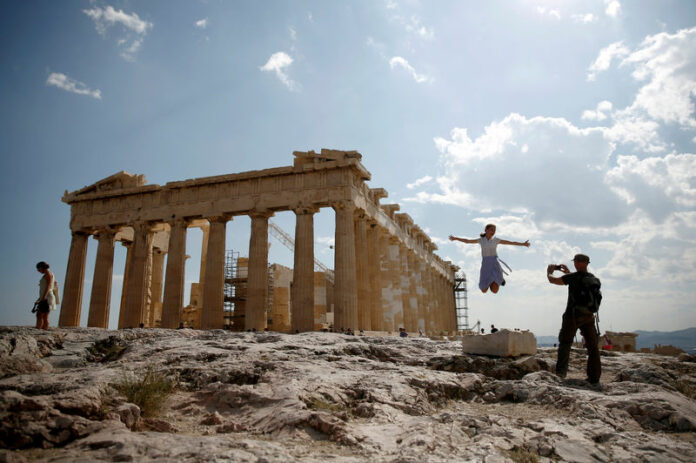 Greek hoteliers say home-renting to tourists ‘out of control’ 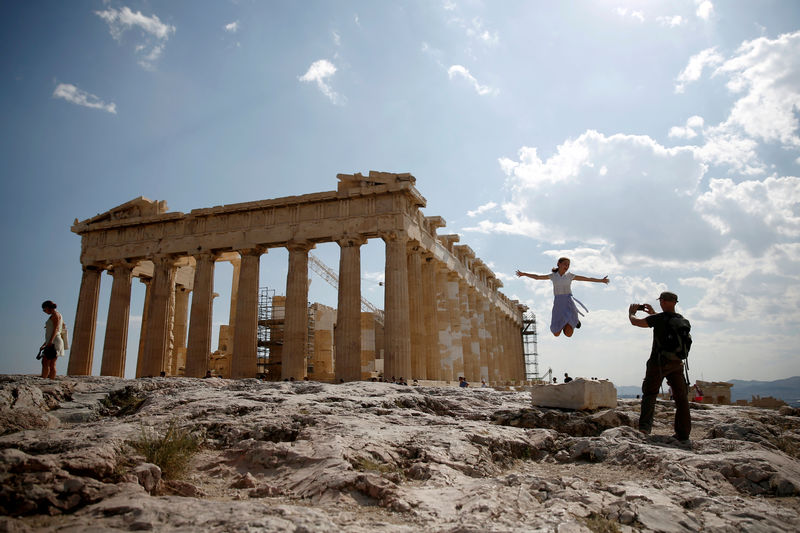 © Reuters. FILE PHOTO: Tourists take a picture in front of the temple of the Parthenon atop the Acropolis in Athens

ATHENS (Reuters) – Greek hoteliers say a boom in home-sharing properties for tourists in the capital Athens and on Greek islands is spiraling “out of control,” hurting hotels, pushing up residential rents and forcing locals from their homes.

More than 70,000 properties in Greece are available for rent to tourists through home-sharing platforms, according to research published this week by accounting firm Grant Thornton for the Greek Chamber of Hotels.

The home-sharing sector is growing at an annual rate of about 25 percent, generating revenues of about 1.9 billion euros, or 10 percent of total tourist spending in the country, the research showed.

“The situation is out of control,” said Alexandros Vassilikos, head of the Greek Chamber of Hotels, said on Wednesday, referring to the research findings for top summer destinations such as the islands of Crete and Corfu.

“We have higher rents that are hitting the poor more, distorting the character of traditional neighborhoods … and creating more garbage,” he said.

The hoteliers want the government to set limits on the total number of nights a property can be rented out to tourists, as well as higher taxation and stricter rules to ensure the character of a region is respected. Some other European cities, such as Amsterdam, have imposed such limits.

Vassilikos said that hotels with high operating costs are facing unfair competition from the home-sharing sector.

“The hotels sector is overregulated, while the ‘sharing economy’ is totally unregulated in Greece,” he said.

Tourism accounts for about a quarter of economic output in Greece, which saw a record of about 33 million visitors last year.

In the town of Chania on Crete, 95 percent of homes and apartments available for rent are registered on home-sharing platforms for tourists, mainly to Airbnb, the Grant Thornton research showed.

In the neighborhood of Koukaki in Athens, near the ancient Acropolis, 83 percent of available rental properties are registered for short-term lets.

Rents in Athens rose more than 9 percent year-on-year in 2018, said Panagiotis Prontzas, who headed the research for Grant Thornton.

Airbnb did not immediately respond to a request for comment.

An official at the Chamber, who spoke on condition of anonymity, said owners in some neighborhoods were evicting local families in order to rent their properties via Airbnb.

“I was recently evicted for the same reason,” the official said.