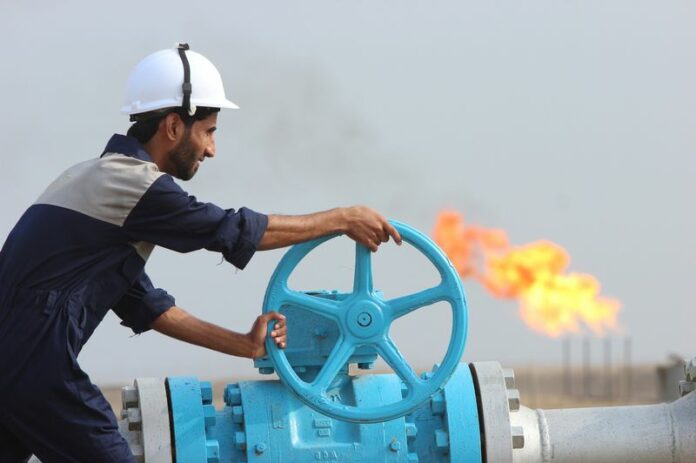 EIA data showed that rose by 1.26 million barrels in the week to Feb. 1, compared to forecasts for a stockpile build of 2.18 million barrels. In the previous week to Jan. 25, crude inventories rose by 920,000 barrels.

“We have seen a third consecutive weekly build to crude stocks but the build is, once again, only modest, given stymied imports and strong exports,” said Matt Smith, director of commodities at New York-based crude cargoes tracker Clipperdata.

Total OPEC exports to the U.S. finished at a five-year low of 1.41 million barrels per day in January, data showed on Wednesday.

On Tuesday, Platts estimated that the Trump administration sanctions against Venezuela’s PDVSA could chop oil exports from the South American country to the U.S. by a whopping 800,000 bpd to just 300,000 bpd by the end of February. Venezuela’s sulfur-laden heavy oil is a blend critically-required by many U.S. refineries to turn into diesel and other important transportation fuels.

Despite such positive factors for oil, Bloomberg reported on Wednesday that Russia was taking its time in complying with the exports cuts it had committed too under the OPEC+10 alliance, giving itself until May instead of the original March deadline to honor the reductions. On Tuesday, The Wall Street Journal reported that Saudi-led OPEC was trying to lure the OPEC+10 into a formal tie-up with the cartel to ensure better Russian compliance to rebalancing the market.

John Kilduff, founding partner at New York energy hedge fund Again Capital, likened the idea of tying Russia down to OPEC rules as “leading a horse to water, but not being able to make it drink.”

“The Russians know that when they are forced to proactively keep their supplies tight at all times to support prices, they are only going to foster more barrels from other competitors who aren’t playing by such rules,” Kilduff said.