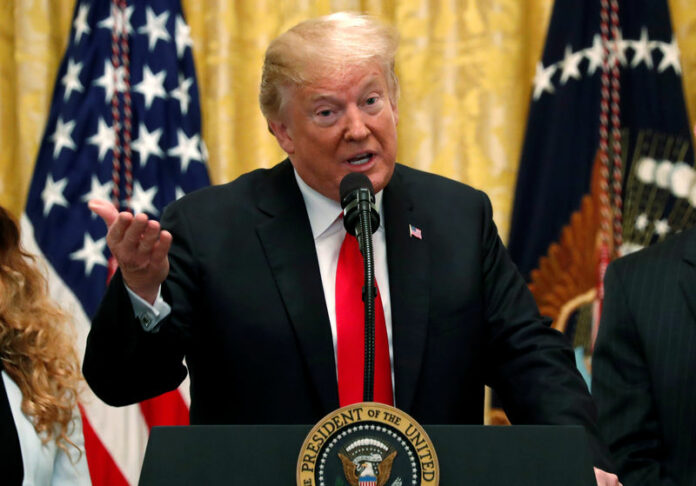 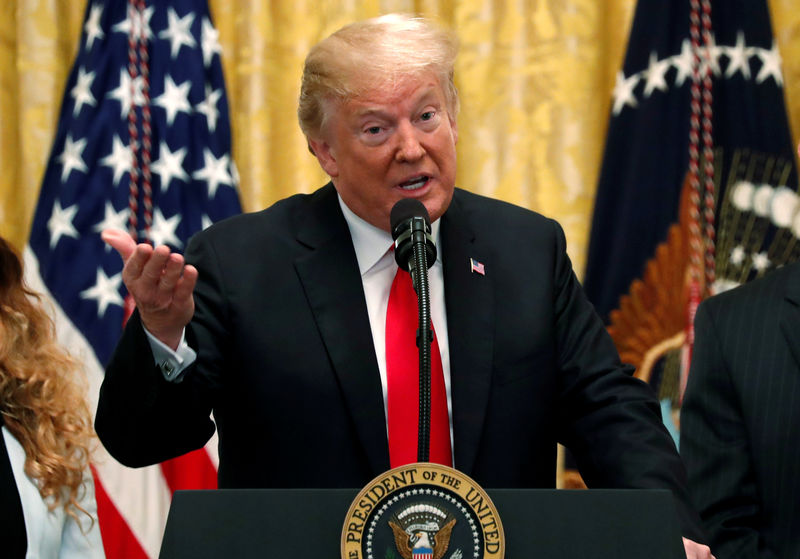 © Reuters. FILE PHOTO: U.S. President Donald Trump holds a news conference to mark six months since the passage of the Tax Cuts and Jobs Act, in the White House East Room in Washington

WASHINGTON (Reuters) – President Donald Trump will ask Congress in his State of the Union address on Tuesday to pass legislation to boost the nation’s aging infrastructure, but will not explain how to pay for it, administration officials said.

Trump is likely to set a benchmark of investing at least $1 trillion to build roads, bridges and other projects over the next decade, the officials said, but it is not clear if he will endorse new government spending for all or part of that amount.

Two administration officials said Trump, who vowed in 2016 as a candidate to back $1 trillion of infrastructure spending over 10 years, will stop short of offering a detailed plan.

In February 2018, Trump asked Congress to authorize $200 billion in federal money over 10 years to spur a projected $1.5 trillion in road, bridge and other projects mostly funded by states, cities and the private sector.

That plan was roundly criticized and was never voted on in Congress, which was then controlled by Republicans. Democrats now control the House of Representatives and are demanding that Trump back new revenue as a condition of moving forward with an infrastructure plan.

The State of the Union address is often subject to last-minute changes and the text could still change, aides said.

Reuters reported last month that the administration was considering an infrastructure plan for as long as 13 years. [nL1N1ZG1XB]

A White House aide told reporters Trump will “talk broadly about rebuilding America, and he will ask Congress to produce an infrastructure package that delivers substantial investments and vital national infrastructure projects.”

A number of administration officials, including Acting Environmental Protection Agency chief Andrew Wheeler, will be holding events around the country this week to discuss infrastructure, while a U.S. House panel will hold a hearing on infrastructure on Thursday.

Representative Peter DeFazio, who chairs the House Transportation and Infrastructure, said Tuesday he has been holding some discussions with administration officials about an infrastructure plan.

DeFazio says the United States has at least $2 trillion in infrastructure needs, including 140,000 bridges that need substantial attention and 40 percent of the nation’s highways that need to be rebuilt. “It is past time to make these investments,” DeFazio said. “We are in a crisis.”