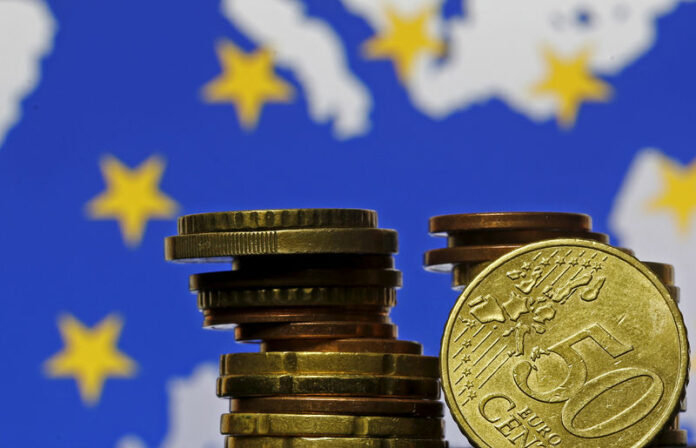 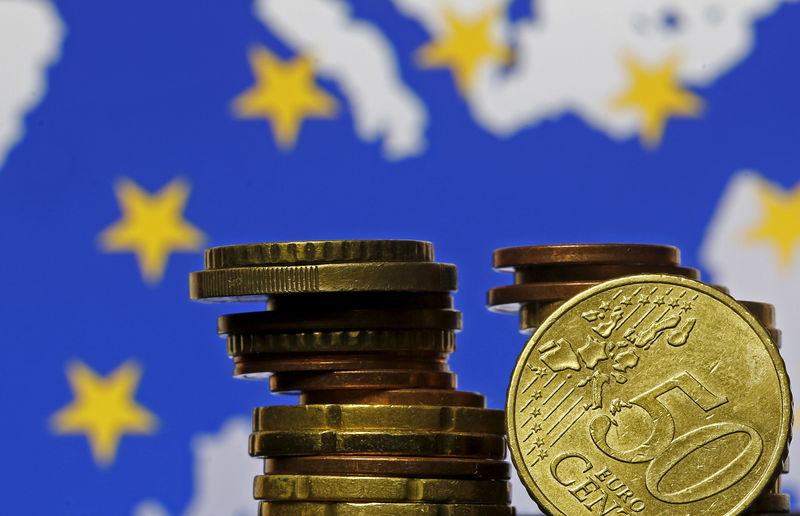 © Reuters. FILE PHOTO: Euro coins are seen in front of displayed flag and map of European Union in this picture illustration taken in Zenica

BRUSSELS (Reuters) – European Union finance ministers will discuss on Monday how to set up a budget for countries sharing the single euro currency to help the euro zone integrate more closely.

The starting point is an agreement by EU leaders from December, under which a euro zone budget is to be part of the broader, seven-year EU budget, with a yet to be decided exact size and features.

It is to be for “convergence and competitiveness” of the 19 countries that share the euro and, on a voluntary basis, those countries that have locked their exchange rate in the Exchange Rate Mechanism II — the two-year waiting room for the euro.

Paris would like the money to be available to stabilize the euro zone economy in case of shocks as well as to boost its competitiveness and help countries converge economically.

Germany would prefer a small budget and its finance minister, Olaf Scholz, has floated the idea of using it to help pay unemployment benefits in countries suffering from a downturn.

The Netherlands does not see a need for a euro zone budget at all.

“It will be a tough discussion, because people do not agree,” one senior euro zone official involved in the preparations for the talks said.

EU leaders want to decide on the final features of the budget in June as talks on the EU’s next long-term budget, worth around 1 percent of the EU’s gross national income, gather pace.

The euro budget is to be coherent with other EU policies and subject to criteria and strategic guidance from euro zone governments, the leaders decided in December.

The European Commission, which will ultimately have to prepare the final version of the euro zone budget proposal before it becomes EU law, has so far proposed that it should be 55 billion euros.

Of that total, 25 billion euros would come from the EU budget and would be used to support reform and convergence between economies while the remaining 30 billion would be loans, guaranteed by the EU budget, to support investments in countries facing temporary economic shocks.