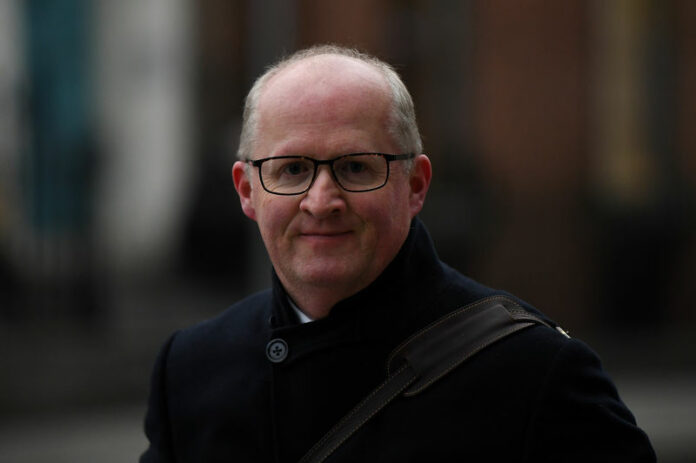 BRUSSELS (Reuters) – Euro zone finance ministers nominated Ireland’s central bank governor Philip Lane on Monday to be the next chief economist of the European Central Bank after the term of Belgium’s Peter Praet ends on May 31, according to euro zone officials.

Lane, 49, has led Ireland’s central bank since 2015, overseeing solid growth in the Irish economy after an EU bailout in 2011-2014 that helped the country overcome its worst financial crisis since World War Two.

He is the only candidate for the job and is to be formally confirmed by EU leaders at their summit in March.

Considered a dove closely aligned with ECB President Mario Draghi, Lane will be responsible for preparing monetary policy decisions, one of the most vital positions at the bank.

His appointment will come at a crucial moment for the ECB, when the bank’s plans for its first post-crisis rate hike are complicated by an unexpectedly sharp slowdown in the euro zone economy and persistently weak inflation.

Lane would join the ECB as the bank is also facing a broad reshuffle of its key positions, with Draghi’s mandate ending in October, and Frenchman Benoit Coeure, who also sits on the six-person ECB board, due to leave in December.

Nearly a third of the 25-member Governing Council, which includes ECB board members and governors of national central banks, is also turned over this year, an unusually high ratio.

Besides the three board members, the central bank governors of Belgium, Austria, Estonia, Slovakia and Cyprus are all expected to be replaced this year.