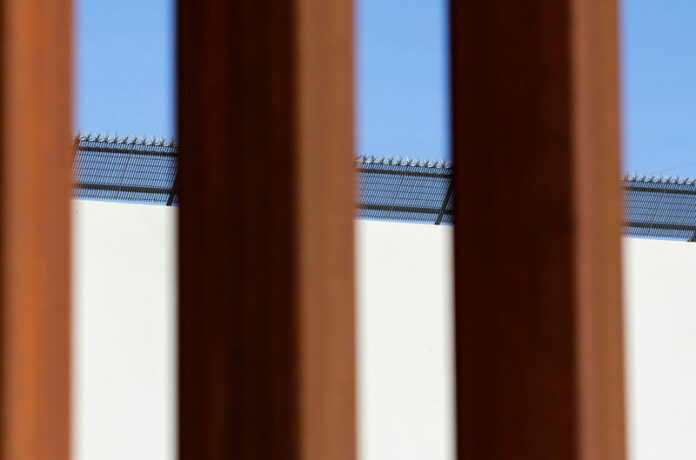 By Richard Cowan and Doina Chiacu

WASHINGTON (Reuters) – The top four Democratic and Republican negotiators in the U.S. Congress on border security funding plan to meet on Monday in a bid to reach an elusive deal by a Friday deadline to avert another partial government shutdown.

The talks were scheduled to resume in Washington hours before Republican President Donald Trump plans a rally in the Texas border city of El Paso where he is expected to promote his long-promised wall along the U.S.-Mexico border.

An anti-wall protest will greet the Republican president, led by hometown Democrat Beto O’Rourke, the former congressman who in November lost a close election for a U.S. Senate seat from Texas to Republican Ted Cruz and now is considering seeking his party’s 2020 presidential nomination.

In Washington, the lawmakers hope to reach an agreement on Monday to allow time for the legislation to pass the House of Representatives and Senate and get signed by Trump by Friday, when funding for the Department of Homeland Security, the Justice Department and several other federal agencies expires.

Negotiations broke down during the weekend over funding for immigrant detention beds and physical barriers along the U.S.-Mexico border.

House Appropriations Committee Chairwoman Nita Lowey, a Democrat, and the panel’s top Republican, U.S. Representative Kay Granger, will attend the meeting with Senate Appropriations Committee Chairman Richard Shelby, a Republican, and the panel’s senior Democrat Patrick Leahy, according to congressional aides. They were tentatively set to meet at 3:30 p.m. (2030 GMT).

Trump’s December demand for $5.7 billion to help construct a border wall triggered a 35-day partial government shutdown that ended last month without the president getting wall funding. Trump agreed to reopen the government for three weeks to allow congressional negotiators time to find a compromise on government funding for the rest of the fiscal year, which ends on Sept. 30, to avert another shutdown on Feb. 15.

The disagreement over border barriers and making detention facilities able to hold more immigrants to be deported are at the heart of the dispute between Trump and congressional Democrats. Since taking office in January 2017, Trump has sought to crack down on illegal and legal immigration.

Trump made a border wall one of his central campaign promises in 2016, saying it is needed to curb illegal immigration, drug trafficking and other crimes. Democrats, who took control of the House last month from Trump’s fellow Republicans, oppose a wall, calling it ineffective, expensive and immoral.

Some negotiators last week held out the option of passing another stopgap funding bill to avert a shutdown and allow more time to reach a border deal. But one House aide said the goal of Monday’s meeting was to revitalize the negotiations for funding for the remainder of the fiscal year and not to discuss another short-term spending bill.

Democrats are opposed to the Trump administration expanding its capacity to hold more people arrested by U.S. Immigration and Customs Enforcement (ICE (NYSE:)) agents for eventual deportation. Republicans want to increase the number of beds in detention facilities to enable holding more people to speed up and expand deportations. A sticking point in the talks has been a Democratic demand for funding fewer detention beds.