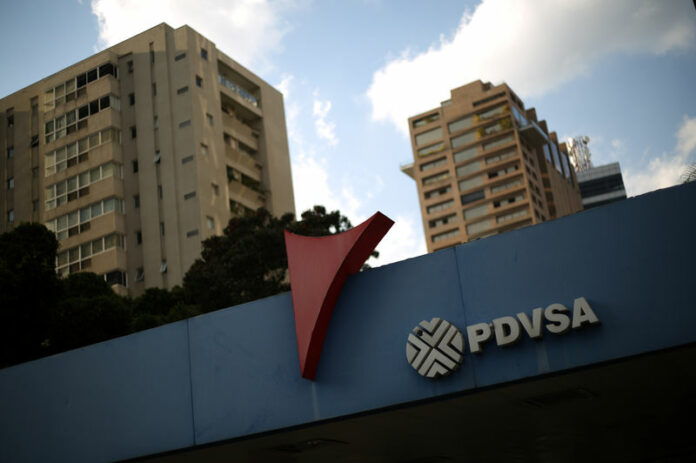 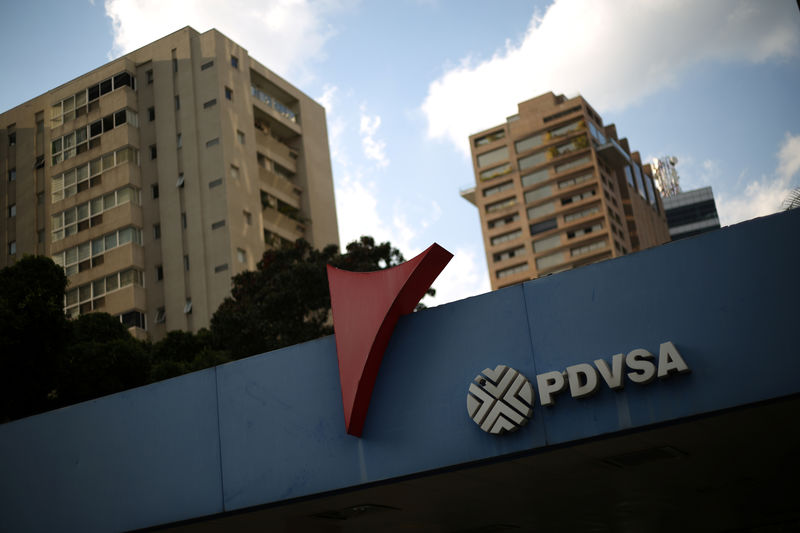 © Reuters. The corporate logo of the state oil company PDVSA is seen at a gas station in Caracas

By Marianna Parraga and Deisy Buitrago

(Reuters) – Foreign partners of Venezuela’s PDVSA are facing pressure from the state-run oil firm to publicly declare whether they will continue as minority stakeholders in Orinoco Belt projects following U.S. sanctions, three people familiar with the matter said.

PDVSA’s Orinoco Belt joint venture partners, mostly U.S. or European companies, are facing difficulties getting cash-flow out of the country as a result of the sanctions, straining their ability to continue output and exports.

PDVSA has been in talks with the companies to persuade them to commit publicly to the joint ventures, the sources said in recent days.

PDVSA did not reply to a request for comment. On Monday, Venezuelan Oil Minister and PDVSA head Manuel Quevedo said on a visit to India that relations with international oil companies including Chevron (NYSE:) were continuing.

The four crude upgraders are capable of converting up to 700,000 barrels per day. The oil is exported by the joint ventures and each partner receive its share of the exports.

Total believes it can stay in Venezuela, its Chief Executive Patrick Pouyanne said on Monday, although the firm last week said its bank accounts were blocked and it had evacuated its foreign employees.

Rosneft has continued working normally at its Petromonagas joint venture with PDVSA, according to the sources.

Equinor declined to comment on operational issues, referring questions to Petrocedeno, its joint venture with PDVSA. Chevron did not immediately reply to a request for comment.

PDVSA last week ordered Petrocedeno to halt oil production and upgrading, due to a lack of naphtha to dilute the extra-heavy crude, according to sources from the project.

The Petrocedeno-PDVSA venture’s 220,000-bpd upgrader was already out of service when the decision was made, one of the people said. It is unclear when oil output will be halted.

PDVSA is studying if the other joint ventures in the Orinoco will have to halt operations, with diluent supplies dwindling, the people said.

India’s Reliance and PDVSA’s U.S. unit Citgo Petroleum are the main suppliers of naphtha to Venezuela, according to internal PDVSA data. Those flows have declined since sanctions took effect on Jan. 28, according to Refinitiv Eikon data.