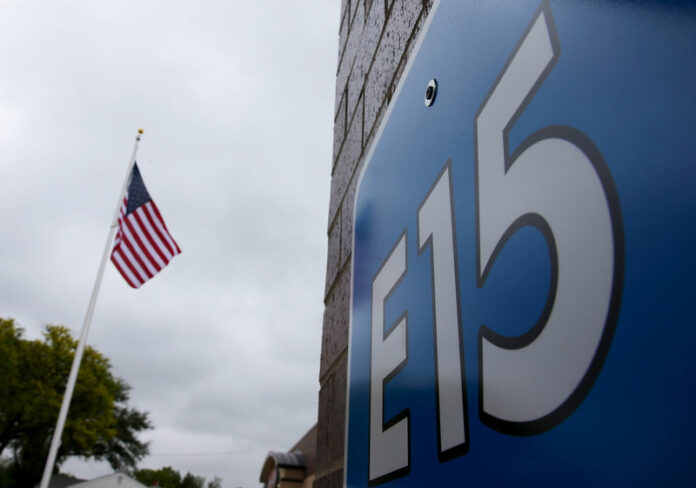 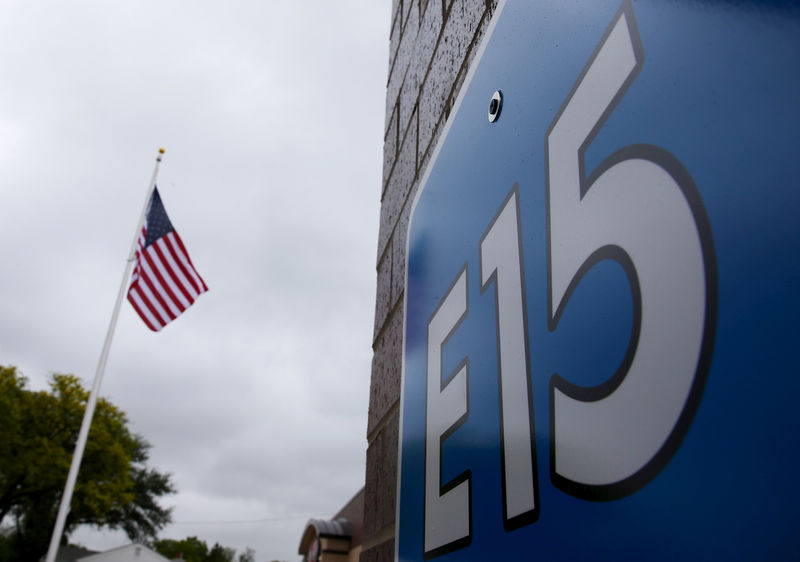 © Reuters. FILE PHOTO: A sign advertising E15, a gasoline with 15 percent of ethanol, is seen at a gas station in Clive

WASHINGTON (Reuters) – The U.S. Environmental Protection Agency is considering releasing its draft proposal to expand sales of higher ethanol blends of gasoline without including simultaneous measures it promised the oil industry to curb biofuel credit speculation, according to three sources familiar with the matter.

The move would help the agency lift a summertime ban on sales of so-called E15 gasoline in time for the U.S. driving season, but is likely to anger oil refiners that had been asking the Trump administration for biofuel credit market reforms to reduce their costs.

If EPA passed on introducing biofuel credit trading limits, it would leave the door open to potential speculative price surges that could cost refiners like Valero Energy Corp (NYSE:) hundreds of millions of dollars. President Donald Trump announced in October he was directing the EPA to allow year-round sales of E15, in a win for the powerful corn industry which supplies ethanol. E15 gasoline contains 15 percent ethanol, versus the 10 percent found in most U.S. gasoline.

The ban had been imposed over concerns that E15 contributes to smog in hot weather.

The EPA had initially planned to combine credit trading limits into the E15 rule as a concession to the oil industry, which says speculation increases the price of biofuel credits it must purchase to comply with federal law.

Under the U.S. Renewable Fuels Standard oil refiners have to blend increasing volumes of biofuels into the nation’s gasoline and diesel each year, or purchase credits – called Renewable Identification Numbers – from those who do.

The combined draft proposal was scheduled for release this month, and was meant to be finalized and implemented by June.

“The EPA has been seriously looking at dropping the RIN reform to speed up the process on E15,” one industry source with knowledge of the matter said.

One other source said that the EPA had already decided to delay the credit trading limits. “They separated the RIN reform to ensure that the (E15) rule would get done in a timely manner,” the source said.

The sources asked not to be named discussing the matter.

The agency is still working to release its draft rule for E15 by the end of the month, possibly within days, and is planning to expedite the rule-making process to finish it by June when seasonal driving demand picks up.

The recent partial government shutdown in the United States had raised concerns the effort might not be completed on time because agency workers were furloughed. Bill Wehrum, a senior EPA official, in charge of the department drafting the rule, said the agency would still make it ready for summer driving season.