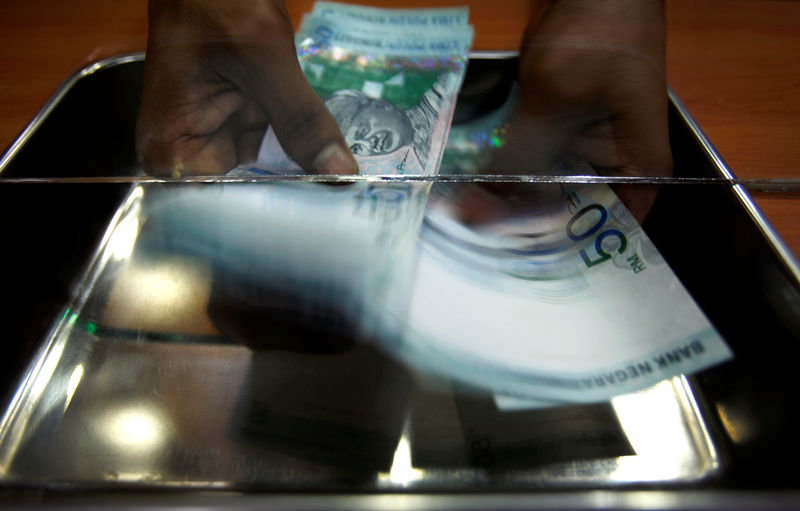 The poll of 14 economists produced a median forecast for annual growth of 4.7 percent in the October-December period, up from the 4.4 percent pace set in the third quarter.

Individual forecasts ranged from 4.1 to 5.0 percent.

Southeast Asia’s third-largest economy, an exporter of palm oil and liquefied , expects to be vulnerable to spillover from the U.S.-China trade war but has so far not seen any major slowdown in its exports.

The economy was still primarily driven by private consumption, but received an added boost from external demand, HSBC said.

“The external sector likely remained robust, with both exports and imports reported to have risen, but exports rose at a faster pace leading to an overall positive contribution from net exports,” the bank said in a note on Friday.

Exports in December grew 4.8 percent from a year earlier, the fourth straight month of expansion. Malaysia posted its largest trade surplus ever in October, when exports surged 17.7 percent.

However, overall growth in the fourth quarter was expected to have been weighed down by lower consumer and business sentiment compared with the previous quarter, HSBC said.

Julia Goh, a Malaysia-based economist with UOB, said that a lack of clarity from the government on corporate incentives may also have crimped economic expansion in the fourth quarter as companies halt or slow plans for more investment.

Malaysia saw a change of government for the first time in six decades in May when Prime Minister Mahathir Mohamad’s nascent coalition rode on public anger over rampant corruption to win the general election.

In November, Mahathir’s government unveiled an expanded budget for 2019, but set a higher fiscal deficit target as it looked to slash debt of over 1 trillion ringgit ($245.40 billion) blamed on the past administration of Najib Razak.

The government said it would cut public spending sharply despite foreseeing the economy growing more slowly than had been expected earlier. It forecast economic growth of 4.8 percent in 2018 – a sharp drop from the 5.9 percent pace a year earlier – with a slight pick up to 4.9 percent in 2019.

UOB’s Goh said the government has had to limit its handouts due to its tight fiscal situation, while it delivers on campaign promises such as raising the minimum wage, which translates to higher labor and operational costs for businesses.

“On the positive side there is (the removal of) the goods and services tax and tax refunds, which is something that corporates and individuals can look forward to in 2019.”