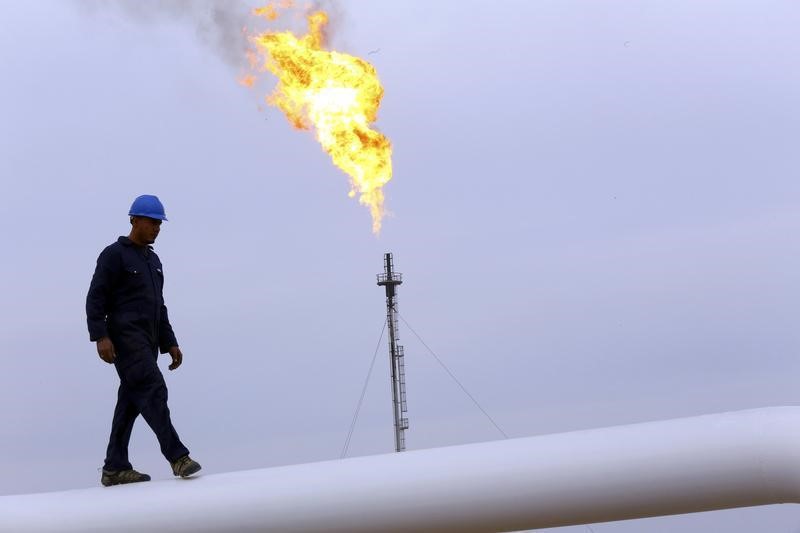 Investing.com – Saudi jawboning, which has been as aggressive as their production cuts, is propping up crude prices, although the OPEC cartel they control anticipates lower demand for its oil this year versus higher output from rivals.

New York-traded West Texas Intermediate crude and London’s Brent oil rose more than 2% on Tuesday after Saudi Energy Minister Khalid al-Falih said the kingdom will pump just 9.8 million barrels per day in March, more than 500,000 bpd below what it agreed to in December with the enlarged OPEC+10 group including Russia to lift crude prices.

Oil prices also appeared to benefit from a rally on Wall Street after a tentative deal reached by American lawmakers to avoid another partial government shutdown. It was unclear, however, if President Donald Trump would accept that deal as congressional aides said it did not contain the $5.7 billion he wants for a border wall.

Falih, speaking with the Financial Times in an interview, appeared to time his announcement to offset the impact of the lower demand forecast by OPEC for its oil in 2019.

OPEC said it expected demand for its crude to decline to 30.59 million bpd this year — some 240,000 bpd lower than what it anticipated in January — due to higher production by key rival the United States.

Falih also addressed a U.S. bill that might expose OPEC to antitrust lawsuits, saying the legislation could be “harmful” to the global economy, and expressed his hope that the United States would “do the right thing.” A U.S. House of Representatives committee approved the bill known as No Oil Producing and Exporting Cartels Act, or NOPEC Act, last week.

If Saudi Arabia were unable to balance the market by adjusting production, the world would suffer “irreparably,” Falih said without elaborating.

The Saudi Energy Minister has been relentless in trying to talk up the market since the start of OPEC+10 campaign in December.

Yet global economic worries and fears of weak demand for oil have regularly stymied the run-up in crude, despite WTI posting a 19% gain last month, its biggest ever for a January, and piercing the $55 per barrel ceiling last broken in November. Brent has also struggled to hold a rally above $62.

Outages in recent days at major refineries are causing WTI supplies to swell at the key Cushing, Okla. storage hub for U.S. crude, setting the market up for potentially nasty data in the coming week or two if not resolved quickly. The will release at 4:30 PM ET a snapshot of what Wednesday’s from the U.S. government for last week would most likely be.

There is concern that overproduction could be looming again among U.S. oil producers, who might find WTI north of $50 per barrel lucrative enough to finish drilled-but-uncompleted wells. The U.S. rose by 7 units last week after the previous week’s drop of 15.