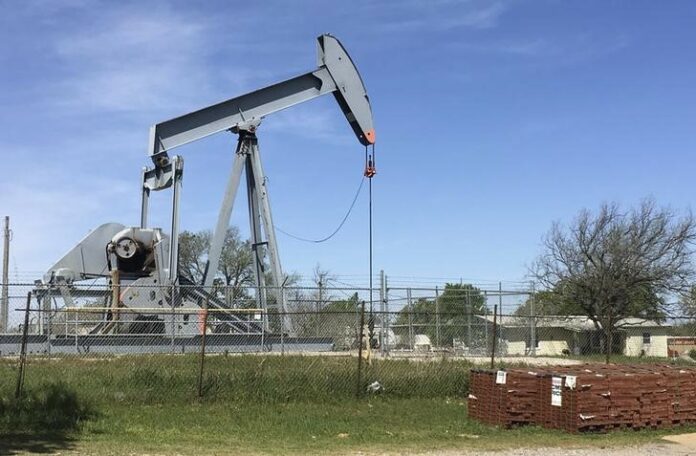 LONDON (Reuters) – Oil prices gained about 1 percent on Tuesday, supported by OPEC-led production cuts and U.S. sanctions against Iran and Venezuela, though remain wary of surging U.S. output and the outcome of U.S.-China trade talks.

The continuing closure of parts of the Keystone pipeline that brings Canadian oil into the United States also helped to prop up WTI, traders said, after a partial shutdown at a Phillips 66 (NYSE:) crude distillation unit led to initial sell-offs on Monday.

Analysts said markets are tightening because of voluntary production cuts led by the Organization of the Petroleum Exporting Countries (OPEC) and allies including Russia, as well as U.S. sanctions on OPEC members Venezuela and Iran.

Saudi Arabia, the world’s top exporter and de facto leader of OPEC, said on Tuesday that it would reduce oil production to nearly 9.8 million barrels per day (bpd) in March, about half a million bpd more than it originally pledged.

Also at the radar are hopes expressed by U.S. and Chinese officials that a new round of talks, which began in Beijing on Monday, would bring them closer to easing their months-long trade war.

Beijing and Washington are trying to hammer out a deal before a March 1 deadline, without which U.S. tariffs on $200 billion worth of Chinese imports are scheduled to increase to 25 percent from 10 percent.

However, climbing U.S. oil production, fighting near Libya’s main oilfield, sanctions on Venezuela and suspense over whether the U.S. will to grant more waivers to import Iranian oil leave markets unsure about the broader supply picture.

“We believe that oil is not pricing in supply-side risks lately as markets are currently focused on U.S.-China trade talks”, JP Morgan said in a weekly note.

Any economic slowdown this year could cap oil markets.