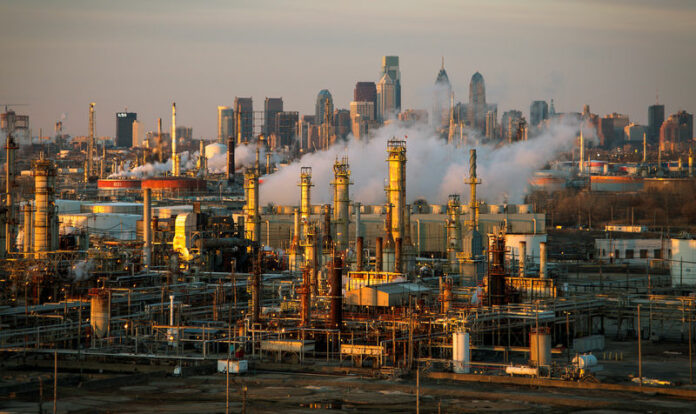 One of the oldest U.S. refineries in trouble again in Philadelphia: court filings 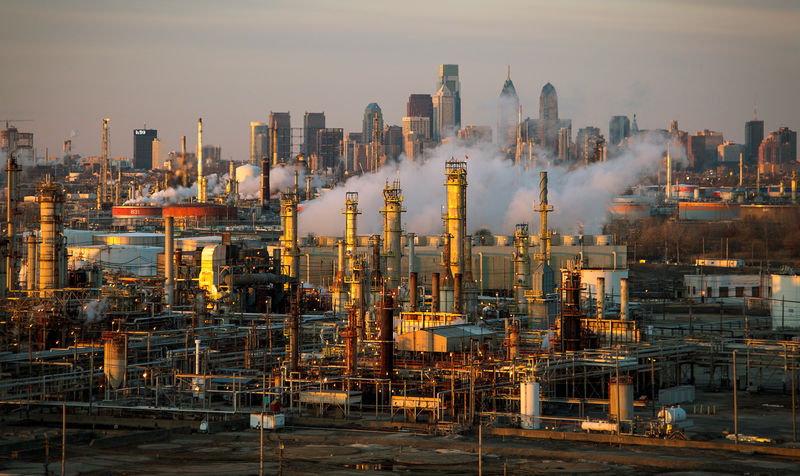 NEW YORK (Reuters) – Philadelphia Energy Solutions Inc, owner of the largest and oldest refinery on the U.S. East Coast, is facing another financial crisis just months after emerging from a controversial bankruptcy, according to two sources and a Reuters review of court filings.

PES, which exited bankruptcy in August, saw its cash balance fall to $87.7 million at the end of 2018, down from $148 million just three months earlier, a $61 million decline, according to a post-bankruptcy financial report filed late last month. The company entered bankruptcy roughly a year ago with $43 million cash on hand, court documents show.

Refineries based on the East Coast suffer from difficult economics due to the cost of shipping from West Texas or Canada, but PES has had other problems at the plant in South Philadelphia including weak gasoline margins and high debt costs.

The company filed for bankruptcy in January 2018, blaming its woes largely on the costs of complying with the U.S. Renewable Fuel Standard, a 2005 law that requires refiners to either blend biofuels like ethanol into fuel or purchase credits, called RINs, from competitors who do.

PES does not have those blending capabilities, so it has to pay for credits. But a Reuters analysis showed other factors played a role in the bankruptcy, including the withdrawal of more than $590 million in dividend-style payments from the company by its investor owners.

After filing for bankruptcy, the company was given a waiver for half of its $350 million in liabilities related to biofuels credits by the U.S. Environmental Protection Agency.

Poor gasoline margins have hurt the company’s bottom line as well. PES’s weak cash position forced the refiner to significantly scale back a planned $90 million maintenance project that began in January, according to two sources familiar with the plant’s operations. Refiners perform maintenance to keep units operating reliably and safely, protecting themselves from costly unplanned outages.

“I am not surprised that they are economically struggling once again, but I didn’t expect it to happen so soon,” Christina Simeone, a director at the Kleinman Center for Energy Policy, said.

In the last three months of 2018, while PES saw its cash balance fall by $61 million, the compliance credits were trading at multi-year lows.

“They’re having financial difficulties when RIN prices dropped 75 percent. It’s pretty damming evidence against their bankruptcy claims that the RFS is the primary claim in filing bankruptcy,” said Simeone, who authored a report https:// last year that predicted the refinery would close by 2022 due to poor economics. The site has been home to a refinery since 1870.

U.S. East Coast refiners like PES lack access to cheaper crude that refiners in other parts of the country enjoy, which inflicts greater pain on the region’s industry when margins are low.

PES recently secured a $50 million loan from Bardin Hill Investment Partners, formerly Halcyon Capital Management, one of the plant’s owners, two sources told Reuters. The company still has more $700 million in long-term debt, most of which comes due in 2022.

Private-equity giant Carlyle Group (NASDAQ:) LP rescued the 330,000 barrel-per-day refinery from closure in 2012, betting they could tap cheap shale oil out of North Dakota and turn a hefty profit.

The bet proved lucrative in the early years, but once the discount on North Dakota’s oil eroded due to better transport options, PES’s bottom line started to suffer.

Carlyle became a minority owner once the company emerged from bankruptcy. Deutsche Bank AG (DE:) and Bardin Hill are the primary owners now. Bardin Hill did not respond to requests for comment; Deutsche Bank declined to comment.