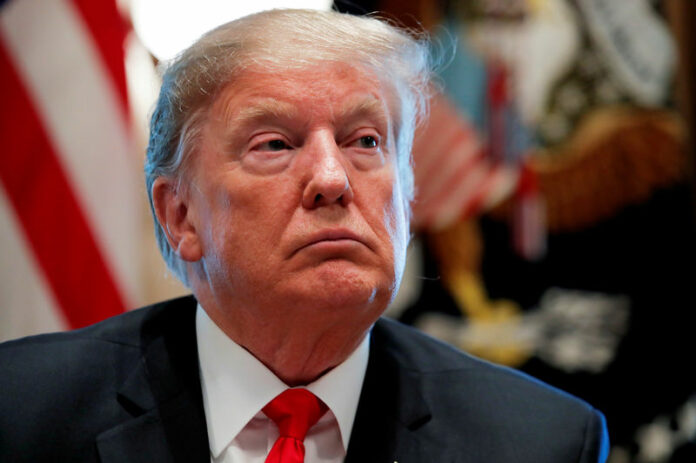 © Reuters. FILE PHOTO: U.S. President Trump listens during a meeting in the Cabinet Room of the White House in Washington

WASHINGTON (Reuters) – President Donald Trump on Monday urged the Tennessee Valley Authority not to close a plant in the heart of coal country, as the U.S.-owned power generator converts its operations to , nuclear and renewables for economic reasons.

“Coal is an important part of our electricity generation mix,” Trump, who considers voters in coal-producing states a key part of his base, wrote on Twitter.

TVA “should give serious consideration to all factors before voting to close viable power plants, like Paradise #3 in Kentucky!” Trump said. The 971-megawatt unit in Muhlenberg, Kentucky, is the last coal-fired part of the plant, which currently runs on natural gas and coal. TVA is expected to vote as soon as Thursday on its future.

TVA’s chief executive, Bill Johnson, told Reuters in December it would keep cutting carbon emissions in future years after replacing much of its coal-fired fleet with plants run on natural gas, nuclear and renewables.

Since he took over in 2013, TVA has spent $15 billion to modernize its fleet. Johnson said TVA shut the coal plants for economic reasons.

More U.S. coal-fired power plants were shut in Trump’s first two years than were retired in the whole of former Democratic President Barack Obama’s first term, despite the Republican’s efforts to prop up the industry to keep a campaign promise to coal-mining states.

Trump’s energy secretary, Rick Perry, issued a directive to the Federal Energy Regulatory Commission in 2017 to subsidize coal and nuclear plants that are ailing as they compete with cheap, plentiful gas. FERC rejected the directive last year, but the commission could consider another plan to help out coal plants in the future.

CBOT soybeans may test resistance at $14.13

CBOT soybeans may test resistance at $14.13