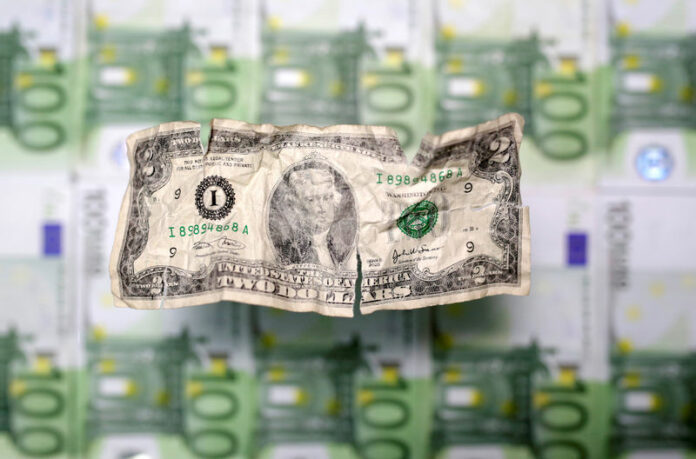 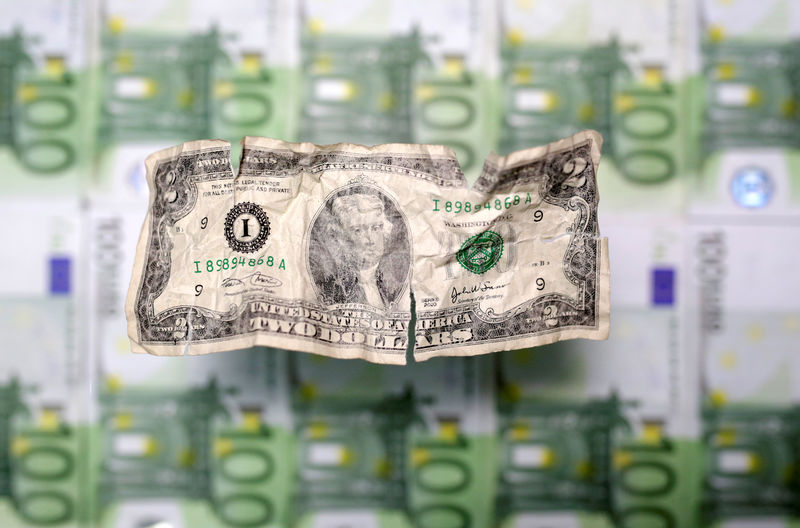 By Francesco Guarascio and Dmitry Zhdannikov

BRUSSELS/LONDON (Reuters) – The European Union has convened a wide-ranging industrial group to work on promoting the euro and fighting the monopoly of the U.S. dollar in oil and commodities trading, reflecting broader tensions with Washington over trade and sanctions.

The group, which involves executives from European oil firms such as OMV and Eni and gas and power firms such as Fluxys and Engie, will meet behind closed doors in Brussels under the auspices of the European Commission on Thursday.

The workshop is part of an EU push to challenge the dominance of the dollar, with an EU official saying such a shift must be market-led.

Participants are invited to dig into “constraints on (market-initiated) alternatives to the use of U.S. dollar through wider use of the euro, in spite of the benefits of such a change”, the Commission said in materials prepared for the meeting.

The meeting, part of a consultation process until mid-2019, is expected to provide new input to EU plans for promoting the euro in energy trading.

“The EU is the world’s largest energy importer with an annual energy import bill averaging 300 billion euros in the last five years. Roughly 85 percent of this amount is paid in U.S. dollars,” according to the materials for the meeting.

Other major commodities producers and importers such as Russia and China have also long sought to increase the role of other currencies in commodities trading.

“Washington doesn’t like cartels like OPEC,” said one participant involved in preparing for the meeting, referring to the Middle East-dominated Organization of the Petroleum Exporting Countries.

“But then how can you have one market dominated by one currency – the dollar.”

Some industry players are skeptical, however, and not participating in the meeting as they say making space for the euro in international payments is too long-term a process.

ECB officials have said the only way to boost the international role of the euro is to strenghten the European monetary union with banking and financial reforms that EU states have blocked for years.

The move follows a U.S. decision to withdraw from an agreement with Iran on Tehran’s nuclear program, with many EU companies such as France’s Total saying they were forced to stop buying Iranian oil even for euros because of fears of secondary U.S. sanctions.

The U.S. dollar clearing mechanism allows the United States effectively to control all electronic bank transactions and go after anyone who it believes is in breach of its rules.

Earlier this year, several European buyers suspended purchases of Venezuelan crude due to fears of U.S. secondary sanctions even though they were not formally forbidden from buying oil under the latest U.S. curbs.

Tensions between the United States and the EU over the role of the dollar go back even longer.

In 2014, Washington fined BNP Paribas (PA:) $9 billion for trading Iranian and Sudanese oil, with the French bank agreeing a settlement under the threat of losing access to dollar clearing.

In the 20 years since its adoption, the euro’s international role peaked at the beginning of the last decade. Its use dropped during the 2007-08 financial crisis.

The euro has not recovered since, and the dollar remains the currency most used in the world. Sixty percent of sovereign debt issuance and global foreign exchange reserves are in dollars. The euro is the second global currency, but its share of each market is just 20 percent.

The Commission has previously admitted that dollar dominance was due to higher liquidity, lower transaction costs and its use as a benchmark in commodities and derivatives markets – prerogatives that can hardly be challenged in the short term.