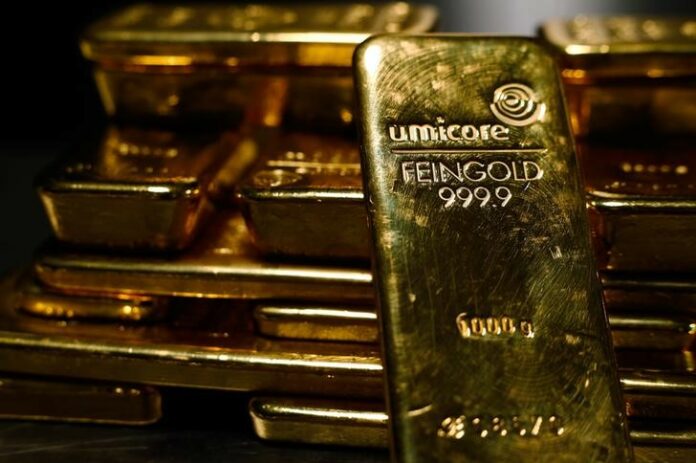 Gold Steady in Cautious Trade With All Eyes on China

Investing.com – China is the watchword for the gold market as Donald Trump’s eagerness to strike a trade deal with Beijing holds precious metals in check.

The spot price and futures of bullion were little changed on Wednesday as traders awaited developments on negotiations in China led by U.S. Treasury Secretary Steven Mnuchin and Trade Representative Robert Lighthizer.

Aside from the dollar, gold has become one of the safe-haven plays for investors seeking a hedge against the trade war.

In recent days, both the greenback and the precious metal have seen choppy moves as investors reacted to Trump’s decision at first to forego a summit with Chinese President Xi Jinping, then express his continued desire to strike a deal with China.

The , which tracks the greenback against a basket of other major currencies, rose 0.3% to 96.822.

Mnuchin said on Wednesday the talks with China were going well. Trump himself has no made no secret of how much he would want an agreement with Beijing, with Forbes reporting he might be ready to let slide the March 1 deadline he had for a deal before China faces additional tariffs on $200 billion worth of goods it exports to the U.S.

“Things are going well with China,” the president told reporters at the White House on Tuesday. “China wants to make a deal very badly. I want it to be a real deal, not just a deal that makes (it) — you know, cosmetically look good for a year. We have a chance to make a real deal with China.”