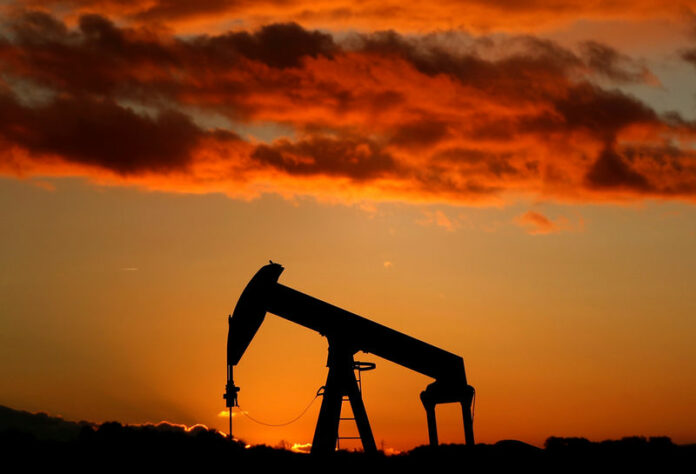 © Reuters. FILE PHOTO: A oil pump is seen at sunset outside Scheibenhard

SINGAPORE (Reuters) – Oil prices rose by around 1 percent on Wednesday as producer club OPEC said it had deeply cut supply in January and as U.S. sanctions hit Venezuela’s oil exports.

Jeffrey Halley, senior market analyst at futures brokerage OANDA in Singapore said oil prices were boosted after “Saudi Arabia announced it was cutting daily production and exports by a further 500,000 barrels per day (bpd) on top of its agreed OPEC quota cut”.

The Organization of the Petroleum Exporting Countries (OPEC), which Saudi Arabia de-facto leads as the world’s top crude oil exporter, said on Tuesday that it had cut its output by almost 800,000 bpd in January to 30.81 million bpd.

Despite the political rifts between Venezuela and the United States, American refiners have in the past been some of the biggest customers of Venezuelan crude.

These customers have fallen away after Washington imposed sanctions earlier this year.

Venezuela has tried to find alternative customers, especially in Asia, but under U.S. pressure many buyers there are also shying away from dealing with PDVSA.

“Oil production is rapidly falling and companies that normally resell Venezuelan crude have not found ways to mitigate the effect of the U.S. sanction,” Barclays (LON:) bank said in a note issued on Tuesday.