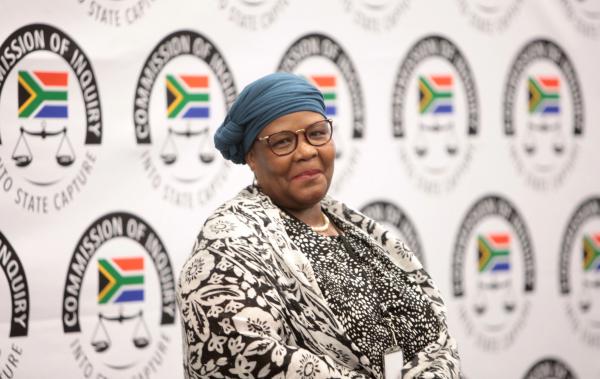 May Faces Revolt From Euroskeptic Conservatives in Brexit Vote

(Bloomberg) — Prime Minister Theresa May faces a potential revolt from pro-Brexit members of her Conservative Party in a vote Thursday to give her more time to secure binding changes to the divorce accord with the European Union.

Members of the anti-EU European Research Group met with Chief Whip Julian Smith on Wednesday evening to insist that leaving the bloc without an agreement must remain an option, according to people familiar with the matter. They’re concerned that Thursday’s vote requires them to endorse taking a no-deal Brexit off the table.

“As far as I’m concerned, as far as many of my colleagues are concerned, we cannot take no deal off the table: it has to stay on there,” one ERG member, Steve Double, said late Wednesday in an ITV (LON:) interview. “It’d be crazy to take it off the table at this point in time because it would undermine our negotiating position.”

May is seeking another two weeks to secure legally-binding changes to the Brexit deal that could earn the support of the ERG and Northern Ireland’s Democratic Unionist Party, which props up her minority Conservative administration. If she loses the non-binding vote — scheduled for after 5 p.m. — it would signal to Brussels how little room she has for maneuver.

In just six weeks the U.K. is due to leave the EU — with or without an agreement. May’s draft withdrawal contract was rejected by a huge margin in the House of Commons last month. No new accord has so far been reached.

On Jan. 29, the Commons said it could back her Brexit deal so long as she could secure “alternative arrangements” to its most contentious part, the so-called Irish backstop. That provision seeks to guarantee an open border with Ireland even if the U.K. and EU aren’t able to negotiate a future trade deal. Brexiteers say it risks binding the U.K. to EU rules forever.

The premier is exploring three ways to break the impasse: securing a time limit to the backstop; a unilateral exit mechanism from it; and technological solutions that can keep the Irish border open. She’s already sounded out several EU leaders, and on Wednesday spoke with French President Emmanuel Macron and Romanian President Klaus Iohannis.

May promised Parliament further opportunities to have a say over what happens next if she can’t get a deal by Feb. 27. In theory, that should make Thursday’s vote straightforward. But the proposed motion requires lawmakers to “support” the approach approved Jan. 29 by the Commons.

Then, members of Parliament backed calls to re-write her Brexit agreement — a proposal supported by the ERG. But the Commons also rejected a no-deal divorce — which many euroskeptics would prefer to leaving on May’s terms, despite fears it would cause severe damage to the U.K. economy.

Wednesday’s meeting between euroskeptic Tories and May’s chief whip broke up without resolution, meaning some Conservatives may not vote with the government. The Daily Telegraph cited senior members of the group as saying the ERG would abstain.

“If it’s asking me to support taking no deal off the table, then no, I wouldn’t support that,” backbench Conservative lawmaker Ben Bradley, told Channel 4 News on Wednesday.

After the House of Commons’s rejection of a no-deal Brexit last month, the House of Lords inflicted a fresh defeat on the government late Wednesday, passing a motion by 155 votes to 69 to take “all steps necessary” to avoid crashing out of the bloc.