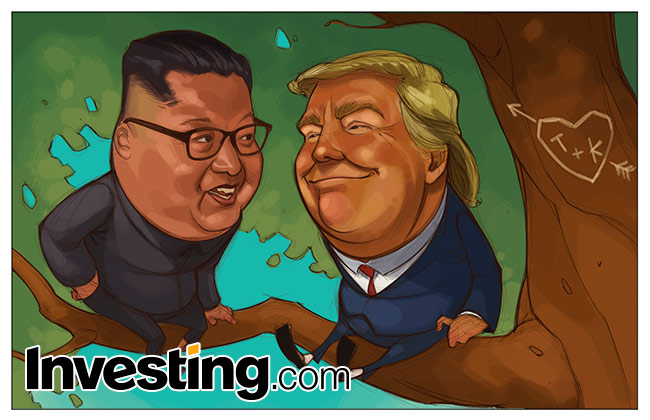 Weekly Comic: Second Trump-Kim Summit Set for End of the Month in Vietnam

Trump announced during his State of the Union address on Feb. 5 that the summit would take place Feb. 27 and 28.

He later said on Twitter that Hanoi, Vietnam, would host the summit.

Singapore hosted the first Trump-Kim summit in June, which ended with a vague agreement by the two countries to continue working toward denuclearization of the Korean Peninsula.

The North has since claimed it destroyed missile engine and nuclear test sites, but it hasn’t let international inspectors verify that.

Trump told CBS News on Feb. 1 that there was “a good possibility” that Kim was unlikely to relinquish his nuclear weapons, but he also said that he thought there was “a very good chance that we will make a deal.”