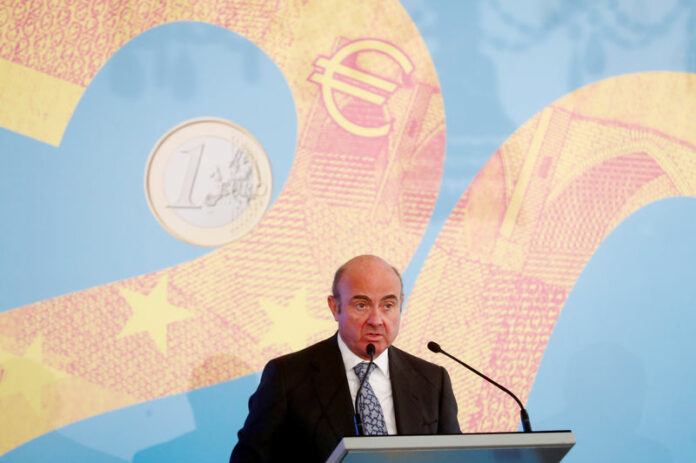 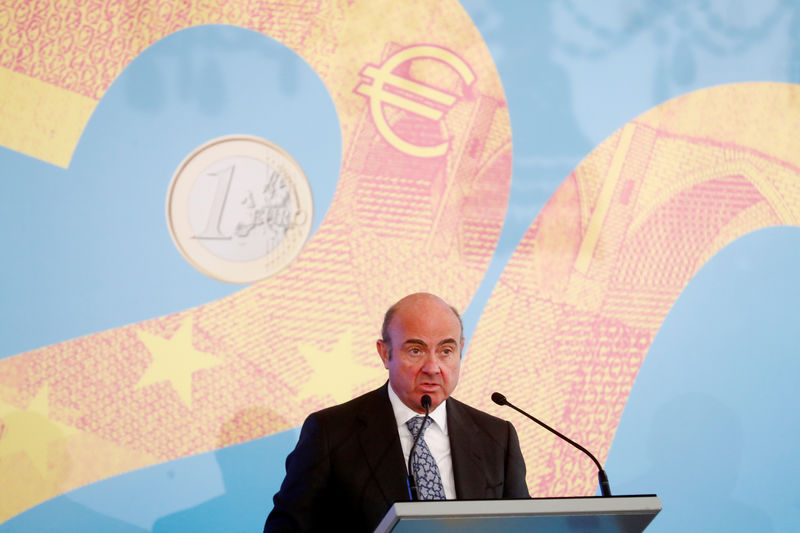 © Reuters. Vice-President of the European Central Bank Luis de Guindos speaks during an event in Riga

With six weeks until Britain is due to leave the bloc, UK Prime Minister Theresa May is yet to win ratification of British lawmakers for her Brexit deal.

De Guindos said financial companies were well prepared to deal with an orderly Brexit but a scenario in which Britain exits the EU without an agreement was bound to hurt the euro zone.

“A disorderly Brexit… would represent a significant macroeconomic shock at a time when the European economy is already weakened,” de Guindos said in an interview published on Tuesday.

“Even if energy prices were to fall a little in the coming months, we are confident that inflation will, over the medium term, converge towards our aim of below, but close to, 2 percent,” he said.

He added, however, that the ECB had the tools to react if needed, including by pushing back the timing of its first post-crisis interest rate hike, offering more long-term loans to banks, or continuing to reinvest proceeds from its 2.6 trillion euro ($2.93 trillion) bond portfolio.

But it was in no rush to do so.

“We are currently analysing the causes of the economic slowdown in Europe, some of which are temporary,” de Guindos said. “We will not take a decision until we have conducted a thorough analysis.”